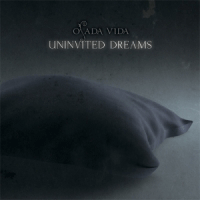 I had high expectations for Osada Vida’s third full length album Uninvited Dreams. A progressive rock act from Poland, their career is already well established, with their first release, Critical Moment, back in 2000. But how does Uninvited Dreams hold up on its own?

Opening with its title track, a more musically inclined listener might notice some unusual note rhythms in places, most often in the intro. I wouldn’t call this a mistake, but at the same time, it can come across as one, because it sounds like the timing was milliseconds off. Other than that, it’s pretty together. I’ll admit, lyrically, I don’t feel as Osada Vida is living up to their full potential here. I do like the addition of the female vocals in the chorus, although the balance could be better, and the very interesting funk-like after-chorus is very cool.

Next up is the much darker “My Nightmare is Scared of Me.” This is a good example of how Osada Vida manages to create certain feelings within the music. In this track, you do get a sense of the fear the song is built on, due to some interesting chord choices, the whispering in the intro, and the distant droning guitar work. It successfully forms an atmosphere within the song that the listener can literally feel.

The longest track on this album is “Lack of Dreams”, at over thirteen minutes of music. This track literally defines the band’s progressive sound. I found that a lot of the early guitar work in the song struck similarities to some of what Alex Lifeson might do, and although this is lost as the song goes on, it’s still worth pointing out. There’s also some strong use of synth in the track, creating an almost electronica feel, but only in that section.

“Is the Devil From Spain?” and “Is the Devil from Spain Too?” go hand in hand. The former, which is the shorter of the two, is mostly characterized by it’s very ethnic sound, created by the acoustic guitar and choice of drums. A short track, it leads pretty seamlessly into the much longer “Is the Devil from Spain Too?” which loses a little bit of the ethnicity of the last track, in favor of the more modern sounding guitar and drums. The title does seem a bit misleading, but that’s simply minor.

If I’m being entirely honest, Uninvited Dreams was a bit disappointing. The dream concept probably had a bit to do with it, because while the songs successfully capture the most of the feelings that the band intended, lyrically I feel like it was lacking a certain spark needed to pull it off. Occasionally, in terms of length, it felt like some songs were going on just because they could. The vocal melodies had a tendency to become monotonous. But I’d be lying if I said that I had only bad things to say. The musicianship is excellent, as it should be. The use of female vocals in some places was an excellent choice, but I would point out the balance of vocals in these parts were iffy. This also goes for the drum mix; I noticed that the snare seems to stand out a bit among the others. There’s no denying Osada Vida has something. I’m not saying I didn’t enjoy Uninvited Dreams. But I do see some room for improvement.