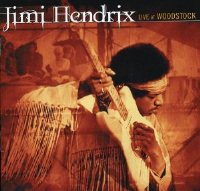 By now if you have not heard of Woodstock you cannot consider yourself part of the human race. It is where legends were made for three days on a farm in upstate New York.  Jimi Hendrix was already a household name at this point but his iconic status would be immortalized in granite after his performance at Woodstock. For many of the artists of that time it served as their welcoming party and would catapult them to stardom. For Jimi it was a performance under the most adverse circumstances and from a preparation standpoint yet another mountain to climb. This did not deter the man from giving the crowd, or what was left of the 500,000 people that had passed through over the 3 days, a memorable performance. That Monday morning at 9am on August 18, 1969, what is now believed to be 25,000 die hard music fans hanging on in the muck and garbage, saw Hendrix and his newly formed band kick out the jams through mic, tuning and all around sound difficulties (you can hear one fan in the crowd yell “Turn up the volume”).
Hendrix and his soon to be dubbed new Band of Gypsies was trusted friend Billy Cox (bass), Experience drummer Mitch Mitchell, Juma Sultan (percussion), Larry Lee (rhythm guitar) and Jerry Valez (percussion). Hendrix and his guitar would prevail at this gig and the rest of the band would struggle to find their place competing with his pyrotechnics, feedback, and the ensuing sound issues. Regardless of these factors the performance was jaw dropping and on this deluxe edition reissue of Live At Woodstock the package is now complete with a nice booklet and archetypal write up of the event. I was totally absorbed by the music and when I read the booklet found that reevaluating the entire experience was necessary to find the true value of what I was listening to. So my advice to those that intend on getting this set would be to read the booklet first then listen to get a proper perspective.
Right from the introduction into the opening track “Message of Love” there is so much clarity for the listener. You can hear the buzz coming out of the band’s amps and it is so steady that you realize there were some sound issues from the start. Any other time I would find this as annoying but in this case it is a necessary part of this presentation to preserve every detail to give you a realistic view of what happened that day. Jimi was the highest paid act for that three day event and what was planned to be a grand finale turned into a muddy mess and technical nightmare. Jimi being the rock god that he was became very apologetic to the audience for all the issues that they were experiencing and obviously felt he needed to make up for it somehow. He did so with an incredible display of guitar techniques that would of course become the standard for any budding rock star in the future.
America’s new age began when Hendrix decided, unbeknownst to his band, to launch into his own version of the “Star Spangled Banner”. The establishment of the day threw their criticisms at Jimi for doing that and he responded in a Dick Cavett Show interview after the concert saying he thought it was a beautiful tribute to our National Anthem rather than a stab at disrespect.
In addition to the already known tracks to the audience and the rock version of our anthem they were treated to some awesome jams titled “Jam Back At The House” and “Woodstock Improvisation”. For those that enjoy listening to the free form Hendrix out of the confines of the studio, this is one of the must have sets in the Hendrix catalog of reissues. Raw Hendrix unembellished by studio technology and remixing was and is a beautiful thing that needs to be experienced. This is Rock 101 and you should need this course to get your degree in music, or at least it should be required listening at any music college. For that matter if you love rock music and Hendrix, anything you can get by this man is worth the price of admission and this live set is no exception. It is live music in all its glory and imperfection 1969 concert style so get your ticket now.
Key Tracks-Star Spangled Banner, Woodstock Improvisation, Jam Back At The House
4.5/5 Stars
Keith “MuzikMan” Hannaleck
December 23, 2010