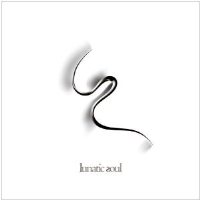 Lunatic Soul II is less an album of music but a series of paintings that use music and words as the colors to paint a story. This, The White Album, being the second and final album in the series that started with 2008’s Black Album, is described by lead singer Mariusz Duda as “a story about a journey through a place that exists somewhere in-between, enriched with new motifs and retrospections. A sort of a road movie about a lost soul. Musically speaking perhaps more intense and unsettling than the first part but with the predominance of certain space and lightness that can be--I hope so--associated with the color white. Hence, the album is a sort of a continuation but certainly not a repetition.” I’ve read that quote 5 times and I’m still not sure I understand it.  Sometimes musicians are so brilliant that they are incapable of dumbing it down for the likes of me.  Luckily, music transcends all intellect levels and bridges can be formed as to allow the pleasure of music to all.
This album is like a living and breathing creature created in the digital world of music.  Songs like “Transition” actually seem to have a heartbeat to them. “Gravestone Hill” is hauntingly beautiful with its perfectly played acoustic guitars that seem to unfold a songscape that sounds like the scenery to a dark Tim Burton film. The instrumentation on “Gravestone Hill” and the rest of the album is sparse and moody with the majority of it being handled by Mariusz Duda himself though he does include previous co-conspirators, Maciej Szelenbaum (keyboards, flutes, quzheng) or Wawrzyniec Dramowicz (drums), in his mixture of progressive rock. “Suspended in Whiteness” actually feels cold when he talks about being like a “snowflake floating”. The atmosphere created is second to none and amazingly well put together. The often repeated line of “Don’t feel alive” that comes in with the rock side of the song towards the end is beautiful and brings an understanding to the story being told.
“Transitions” is an 11 minute journey into the mind of Mariusz that is beautiful yet may not be as you originally perceived.  It begins as if he has somehow mastered and harnessed the sound of wind, fog, and moonlight and trained them into rhythm.  They are joined shortly but the sound of a heartbeat and then comes Mariusz and his voice, which is gentle and at ease with its surroundings. The song makes its own transition at around 6 minutes when the drums come in like darkness sweeping over a landscape. The song is beautiful. The album is beautiful if not a bit dark but the music and lyrics blend together so well that they make a beautiful journey through these 9 songs rather than 9 short trips.
4/5 Stars
Key Tracks-Gravestone Hill, Transitions, Suspended in Whiteness
Doug Morrissey
December 19, 2010
By Keith "MuzikMan" Hannaleck at December 19, 2010