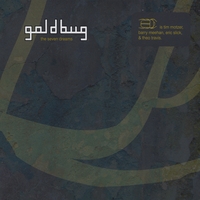 The Seven Dreams is the debut album from the band Goldbug, and it’s an interesting one…in the best way possible.
There is a consistent prog-rock feel throughout the album, but Goldbug keeps The Seven Dreams feeling fresh by playing with each track’s individual sound.
Songs range from having a distinct jazz sound backed with synthesizers (a combo that works brilliantly), to having a slightly mid-eastern sound, to being created almost entirely with synthesizers.
The result is an album that is so intriguing that you can’t help getting completely immersed in it. It’s a little dark, a little haunting, and entirely mesmerizing.
Listening to The Seven Dreams is, fittingly enough, like listening to a soundtrack to a dream—you don’t entirely know where it’s going, but you’re curious to find out. It leads you along through melodies that go from soothing, to just borderline creepy.
There are no “fast” tracks on The Seven Dreams, but don’t let that mislead you into thinking it’s a relaxing album. While mellow, the way in which Goldbug plays with instrumentation and synthesizers provides a stark intensity to the album. Even where the tracks take on more of a “chill” factor, there’s still an edge that prevents the listener from feeling settled while listening to The Seven Dreams—and I’d say that’s a good thing.
The Seven Dreams is a solid first effort, with Goldbug giving listeners an album that one can easily imagine as the soundtrack not just to a dream, but also to a sci-fi or psychological thriller film. It’s edgy and effortless, and definitely worth checking out.
4/5 Stars
Key Tracks: The Departure, Unraveling, Elevation
Carly Doenges
January 6, 2011
By Keith "MuzikMan" Hannaleck at January 08, 2011