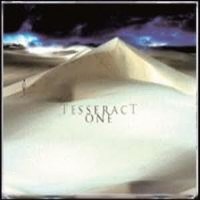 For an extremely intense metal album, One is incredibly transcendent and melodic. The album, the debut effort from British progressive rockers TesseracT, succeeds admirably in deviating from the norm of contemporary metal music while remaining pleasing enough to the ear to appeal to a large audience. The tracks are stapled with low tuned guitars and funky bass riffs, but the album hits its sweet spot with the use of melodic and psychedelic atmospherics. TesseracT bring a very unique approach to rock not often paralleled.
In geometry, the TesseracT, also called an 8-cell or regular octachoron or cubic prism, is the four-dimensional analog of the cube. The band name is also very fitting. The music can be described as having multiple dimensions with a plethora of different emotions and feelings present, not to mention that One is often a very progressive mathematical masterpiece. The drums are very solid, but not over-the-top presumptuous. The bass lines are incredibly tasty and the guitars are simply face-melting. TesseracT utilize a very strong use of vocal harmonies, and the music is very tight. The guitars are tuned very low to the dichotomy of low guitars and higher vocals that are much more effective. The band has a good balance and blend of rock, metal and hardcore, yet most of the songs stay within the same general sub-genre. As a result, some of the tracks, despite being strong musically, begin to bleed together.
One is certainly progressive in both substance and rhythm, but does not get pompous with trying to be overly existential. The sounds of TesseracT could draw parallels to acts such as the progressive and psychedelic metal sounds of Tool and Mudvayne, the dark melodic hard rock of 30 Seconds to Mars, and the metalcore edge of bands like Underoath and Killswitch Engage. One is certainly a very strong debut for TesseracT and this is likely the most melodic metal album of 2011 thus far.
4.5/5 Stars
Key Tracks – Lament, The Impossible, Deception
Adam Plato
February 16, 2011
By Keith "MuzikMan" Hannaleck at February 18, 2011