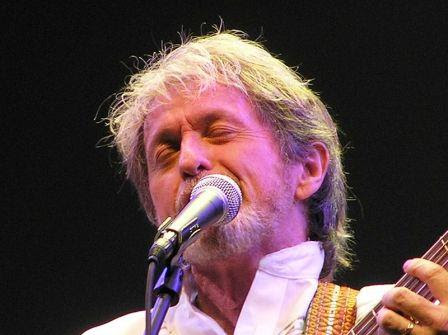 4/5/2011 – Asheville, NC - Much to the excitement of fans across the country, Music icon Jon Anderson, best known for his work with Yes, Vangelis, Kitaro and other notable music artists, as well as his innovative solo efforts, is preparing to tour the US in support of his forthcoming CD release 'Survival and Other Stories'. Jon recently completed a successful European tour with former Yes member and keyboard virtuoso Rick Wakeman on the heels of their critically acclaimed debut album 'The Living Tree'. The upcoming Spring tour “An Acoustic Evening With Jon Anderson” touts an exciting mixture of material from Jon Anderson's prolific solo career, collaborations with Vangelis and classic Yes songs, along with new compositions from his pending CD, and promises a magical and memorable evening of enchanting music for all who attend!

Most recently, Jon Anderson's vocals from the song "In High Places" featured on Mike Oldfield's 'Crises' album from 1983 (written by Anderson and Oldfield) are sampled on Kanye West's new track "Dark Fantasy" from his 'My Beautiful Dark Twisted Fantasy' CD, which has topped Billboard's chart as the #1 album in the country.

On May 24, 2010 Jon shared the stage with the 112 member Cleveland Contemporary Youth Orchestra and 60 member student chorus in a mesmerizing performance that exudes joy and energy. The one night concert was recently shown on HDNet. For replay information visit www.hd.net/schedules/ Three weeks ago Jon sang with the wonderful San Antonio Youth Orchestra to several standing ovations adding a new ark to his luminous career.

Jon is featured singing on the upcoming CD release by US composer and producer Jonathan Elias called 'Prayer Cycle', which also includes guests appearances by Sting, Rahat Nusrat Fateh Ali Khan, Jonathan Davis of Korn, Sinead O'Connor, Robert Downey Jr. and via an archival recording Jim Morrison, amongst others. Jon Anderson and Rick Wakeman's recent collaboration 'The Living Tree', the duo's debut studio release featuring nine tracks of original material, has been garnering rave reviews worldwide! Details and ordering information can be found at the Voiceprint website. You can also download The Living Tree on Amazon.com. Jon's much anticipated forthcoming CD 'Survival and Other Stories” is scheduled for release in late Spring 2011. With themes about love, life, understanding, healing and survival, Jon's new CD has an inspirational message for all who will listen!