Review: Jimi Hendrix-Band of Gypsies Live at the Fillmore East (2011) 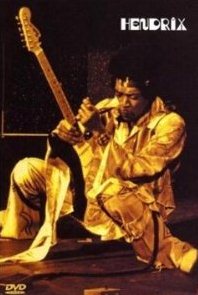 I just finished watching the Jimi Hendrix-Band of Gypsies- Live at the Fillmore East DVD and it made me realize how I have come to know the man and his music like never before. Between the bevy of reissues late last year and now this special release covering a different phase of Jimi’s career, there is always something new to learn. There is so much that I never considered and the interviews with band members Billy Cox (bass) and Buddy Miles (drums) as well as stars like Lenny Kravitz, Vernon Reid and Slash, put a different spin on things and provided some valuable insight into being a black musician and the challenges that are still apparent to this day.
Jimi was in a development stage with his music thus his breakaway from The Experience. He found some solace when his two buddies agreed to join him and they made some incredible music along the way.
Jimi’s music was one of a kind and universal. This is what he wanted but there were some doors that needed beating down. The one thing that many folks probably never realized, including me, was the fact that black radio would not play his music because he did not fit. This bothered Jimi; he wanted everyone to hear his music regardless of color. And his management at the time actually believed because the band was now all black it would alienate his audience. This could not be further from the truth, his audience did not give a hoot they just loved his music. This time period was a creative zenith for Jimi then his life was snatched away by the evils of overindulgence with drugs. I think this was Jimi’s way of escaping his overactive mind and the pressures of being the superstar he was.
All of the existing black and white video footage of the group’s January 1, 1970 first show at the Fillmore East is presented in its original performance sequence, it is crude by today’s standards but it still gets the feeling and the presence of Hendrix across to the viewer. Some treats that I had never witnessed before was Buddy Miles singing on the opening track “Who Knows” and the classic mind melting rocker “Machine Gun” and one he wrote himself “Them Changes”, where he provides some soulful lead vocals. He was a very good singer and it gave Hendrix a chance to step back and just stand there and play, which is what he always wanted to do anyway so for him it was a break and time focus on his craft and wow the audience. This is something he did consistently when he was able to show up sober, which unfortunately was not all the time as noted in the documentary that accompanies all of the live footage.
Perhaps the best example of the ever evolving and artistically brilliant changes that Hendrix was putting on display during this performance is the song “Power of Soul”, which carried a message in the lyrics but also a powerful musical statement as well. He successfully married rock, rhythm and blues, psychedelic, funk (listen to Buddy’s bass) and jazz into a musical super nova that sends you right into the stratosphere.
This is not all that is here for your enjoyment. There is a selection on the menu titled “Another Look” which is a 5.1 Surround Sound Mix of the concert and different camera angels than the original footage has to offer. And of course Hendrix’s original masterful engineer Eddie Kramer remixed it and the sound is impressive. I would expect nothing less as Eddie is still brilliant and he had a hand in all the remastered music that came out since last year.
So you get Jimi Hendrix in amazing 5.1 Surround Sound as a bonus, what more could a fan of his music ask for? Can you just imagine what it would be like today if Jimi had lived and was able to work with Eddie on these releases? We will never know but thanks to his family and their steadfast dedication in preserving Jimi’s work and presenting him again to the public to meet higher standards technically with remastered sound, Jimi is still alive and he always will be.
4/5 Stars
Key Tracks-Machine Gun, Power Of  Soul
Keith “MuzikMan” Hannaleck
April 7, 2011
By Keith "MuzikMan" Hannaleck at April 08, 2011