A Band To Watch - Indelible- Their New Album Remnants In Red 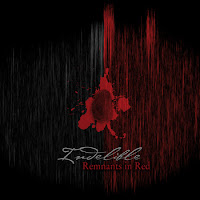 I just received a stream and download for review from the great band called Indelible and their new release. Check out the Remnants In Red Stream.


Robert Hunter (Hollow Branches, Self Spiller), Jason Walton (Agalloch, Sculptured, Self Spiller) and Mona Sjøli in the summer of 2008. Their debut EP, "Introduction," a fusion of rock and electro beats was released a short time later.
After "Introduction" was released, Marius and Robert decided they would write exclusively on the piano for their first full length, and began developing a concept album which was to include murder, gore, and mystery. A short five months later the album was recorded; Mona once again contributing vocals, with Jason recording bass between tours and a cross country move. Despite the relative ease with which the album was recorded, it would be another year and nine months before mixing and mastering was finished.
After months of delay and setbacks, "Remnants in Red," is now available via Strix Records. "Remnants" is a dark progressive rock record influenced equally by the dark bombast of Goblin, skeletal electronics of Coil, and 70s Giallo films.