“The Cone”, William Shatner, and Acceptable Artistic Compromise:
Drew Vreeland Interviews John Wetton
Early one morning I got to connect with solo artist and Prog-Rock powerhouse John Wetton [formerly of King Crimson, UK, Asia, et al.] over Skype at his home in Dorset, England. Once we ironed out the wrinkles in our trans-Atlantic transmission (or rather – ignored them completely) we set down to what turned out to be a very enjoyable first time Skype experience for this inquisitor: discussing his latest release, Raised In Captivity. Specifically: the ‘who’ and the ‘how’, with a little of the’ why’ thrown in for good measure. Brass Tacks, you might call it, but I call it a good time.
Drew Vreeland: In doing my research, I noticed that your last solo studio release was in 2003, but that’s not the only thing you’ve been working on. You’ve been involved with Asia again; you’ve been working with Martin Turner; so what I’m curious about is how long it took you to get that material for this release particularly? 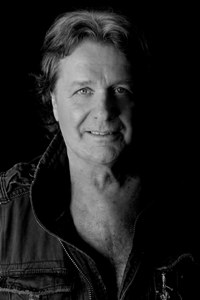 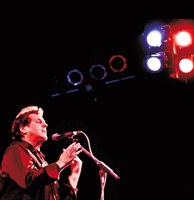 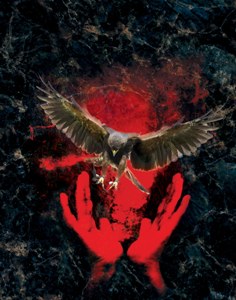 JW: It’s a different animal. For me the song has to come first and whichever way it gets dressed up is just whatever happens. Sometimes you’ll use a particular technique that’s kind of trendy, you know, in the studio. You still can’t do that when you’re just performing in front of an audience with a piano – you can’t do that, there are no gimmicks available. It’s just got to be your voice and the instrument. And the emotion from the song.
DV: Now are there any artists currently that you are following, or are you just involved in your projects and your business? Does it afford you the time to pursue other acts?
JW: I don’t listen to a lot of stuff. I do try to go to live gigs. I went to Ringo’s gig at the Bournemouth International Center last week; I went to see Mostly Autumn at The Brook, a little club in Southampton. I do get out to see acts if they’re playing locally. I feel it’s almost a duty, if I want to make sure music stays live then I should damn well get out there and support it, you know? Whether it’s in the Bournemouth International Center which is 4000 seats or whether it’s in The Brook in Southampton which is about 200. It’s my duty to go out and see live stuff, but listening to stuff at home, or in the car…well the last album I bought was Maroon 5, and the reason I bought it was because Mutt Lange**** produced it and I wanted to see what he was up to and it’s fantastic. It’s like Def Leppard twenty years on. It’s Mutt Lange’s album with Adam Levine – is that the singer from Maroon 5? – with Adam Levine’s voice, with Mutt Lange’s album. That’s it, but it’s great. It’s very very good.
My taste in music is Joni Mitchell, Steely Dan, Marvin Gaye, Classical music…I don’t listen to anything when I’m trying to write or trying to record because it inevitably affects me, it influences me too much. Even if I walk by a radio and something happens to sort of beam into me, I’m fucked for the rest of the day because I can’t get this damn phrase out of my head and I inevitably end up using part of it in something that I’m recording. So I can’t do it, I can’t listen to anything anymore.
(****songwriter/producer Robert John “Mutt” Lange. ~ DV)
DV: So you isolate yourself from outside influences when you write, instead of cherry-picking phrases from here and there and kind of going with whatever…so it’s truly an internal process when you write. It’s generative, not reactive?
JW: I go through a phase when I’m actually thinking what to write about where I’m open to everything. I’m looking at the world and taking little bits from everywhere, and then when the idea comes to write the song I’ve got plenty to draw on. I’ve got a lot of images, a lot of phrases, a lot of stuff stored up in my squirrel pouch, and I can pull them out and use them. When I’m actually in there recording it, I view it as a sort of cone. Because I’m going into this cone, and at the outset, everything is available – like I said when I’m writing it, it’s all there, the whole world is at my fingertips. As I walk into this cone, it gets narrower and narrower and narrower until I’ve reached the end. And then there’s nothing, there are no options left. That’s it. You’re done. It’s over. If I start to walk out through the other side of the cone it all opens up again and I’m absolutely screwed. And I’ve seen people do that and the cost of making an album goes from like five thousand dollars to fifty thousand dollars overnight because they’ve walked through the other side of the cone, everything becomes available and you don’t know what to do. But if I follow the cone, when I get to the end it’s done. Whether it’s writing or whether it’s recording, it’s done.
DV: Well that’s fantastic. Is there anything you’d like to conclude on, any note that you’d like to add that you don’t feel we’ve covered?
JW: Nope, I think we’ve done it. [Laughter] That was great, thank you.
DV: Well this was a pleasure. You enjoy the rest of your day, Mr. Wetton.
JW: You too, thank you very much indeed. God Bless you, Bye bye. Bye.
Interview Conducted: 6 July 2011, 0800 EST
Drew Vreeland
By Keith "MuzikMan" Hannaleck at July 15, 2011