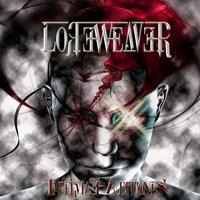 I consider it a good thing when an album contains sounds that I have never heard before. This is just one of the many encouraging things about LoreWeaver’s Imperviae Auditiones. The Italian based group’s newest release is a feast for the ears.
The first track “Bogus” is the beginning of a journey. The vocals take the listener by surprise after a long opening. It definitely made me take notice of lead singer Barbara Rubin’s voice. It has an atmospheric quality to it that is like being chased through a maze and not wanting to be caught. “Dead Man Walking” has another stellar opening with moody drums and guitars. These extended openings are a hallmark of the album with lyrics often not appearing until nearing the minute and a half mark. Also, there is some good range in the vocals. It fits the atmosphere and always adds positively to the songs. “De Rerum Natura” holds up the standard of the previous songs. Imperviae Auditiones is off to a good start so far.
The musical adventure marches on with “Follow The Weaver.” It has wonderful heavy and pounding music in the opening. Though it is not the album’s longest song, it feels longer than it is. I wanted it to end about a minute before it actually did. No need to worry because things pick right back up with “Ride The Owl.” The opening sounds are different from the rest of the album, which is always a good thing when things get switched up. Despite the title, I felt less like I was riding an owl and more like I was following a rabbit.
The journey ends with “Avoid Feelings,” “That Night,” and “Ultraworld.” “That Night” opens with a lighter piano opening. The song is slower and really showcases the lead singer’s voice. It is a very nice change of pace from the rest of the album. “Ultraworld” brings it home in style. It is a great song that sounds the like entire album rolled into one song and then some.
Imperviae Auditiones is an impressive album and an exciting ride to be on. It is rocks hard and its progressive stylings are very much appreciated and well handled. If you are into metal and especially progressive metal, you do not want to over look LoreWeaver’s Imperviae Auditiones. This is definitely a band to watch.
4.5/5 Stars
Key Tracks: Bogus, Ride The Owl, Ultraworld
Brian McKinnon
July, 24, 2011