Review: Transit Method-Spun Into The Fabric 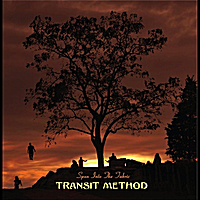 Transit Method hails from Princeton, NJ and has recently released their debut album. The disc is titled Spun Into The Fabric and, for the most part, is made up of Progressive rock songs, however there are little bits of other genres, even a slight bit of funk at times, infused into the music that give this band a little something extra to offer.

“The Annex,” is a slower song that is a bit dark sounding throughout the beginning but does brighten up after the first minute of play time. There is a snare drum that plays periodically throughout the song and brings something special to the song, which I think makes it a little more fun.
Transit Method seems to speed things up on the song, “Only Vision.” The vocals and lyrics not only match well together, but also bring slightly more happy feelings than those brought on by “The Annex.”
“This Too Shall Pass,” is where that small infusion of funk I mentioned is brought in. The track is about not fretting what is currently going on in life because it will not last forever. The song’s slow pace makes it easy to take the songs message to heart and just relax. The slowly sung lyrics sound perfect.
Transit Method is a band that is just starting out but seems to be doing quite well. Their sound is not focused on just straight up progressive rock and has a little bit of versatility to offer listeners which is always a good thing, especially for a newer band. This album seems to have something for the progressive rock fans and fans of other genres alike.
4 out of 5 Stars
Key Tracks- The Annex, Only Vision, This Too Shall Pass
Ashley Arseneau
August 7, 2011