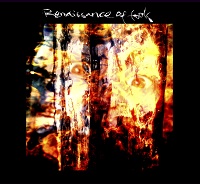 Renaissance of Fools is a Swedish prog-rock quartet consisting of Daniel Magdic, Magnus Karlsson, Bjorn Tauman, and Kjell Bergendahl. The members of the band are from Falun/Borange more specifically.  Fear, Hope, and Frustration is their debut release and will come in North America out on October 11th via Metalville.

Fear, Hope, and Frustration is an interesting release. Its sound follows a fairly familiar style for most fans of progressive rock and lends itself towards bands like Dream Theater, King’s X, and King Crimson. In fact, Ty Tabor of King’s X even mixed the release. I did find myself hearing influences from 90’s alt/rock bands like Korn and Alice In Chains as well though.

As expected with prog-rock bands, the technical ability of Renaissance of Fools is excellent. The bass sounds great, the drums are awesome, and the guitar parts and solos are exceptional. Kjell Bergendahls’s vocals are good as well, maybe even better than that really, but far too often the songs fall into a similar pattern.

Fear, Hope, and Frustration consists of ten tracks, and while some are better than others, each song sounds fine on its own. As a collection however, the songs tend to have too many similarities and it results in making some rocking songs end up a bit droning after a while. So while the music, vocals, lyrics, and all are fine, it seems Renaissance of Fools finds themselves back in a groove that we heard just moments ago. They certainly have the ability to make some great music, and some of the songs on here are quite excellent, but shaking things up from song to song is a necessity for them to be able to put out a better album from start to finish.