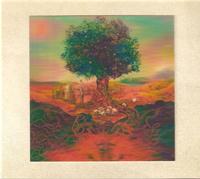 It has been a long time since I sat down and reviewed an Opeth album (Lamenations: Live at Shepherd's Bush Empire-2004). They have always been one of those bands that made Death Metal livable. That dynamic along with the fact that they are incredibly talented musicians that can make ferocious progressive rock and beautiful passages all within minutes of each other in one song has made them a favorite of mine. In fact, they literally define the term progressive in every sense of the word.

It has been a long wait for the next Opeth opus. Watershed was released in 2008 so the band’s fans were more than ready for this new release, but did they know what was in store? Several years ago I mentioned in a review that I thought all the from-the-belly growling was unnecessary because Mikael Akerfeldt has a great voice and one fitting for rockers and the ability to carry the beauty of softer soundscapes to another place. I still don’t get the growling thing and probably never will but have accepted the fact that it is part of the style and genre. That being said Heritage (engineered by Steven Wilson) was a welcome addition to my collection because the band decided to leave the growling behind for the first time and let Akerfeldt lend his golden pipes to their complex and intriguing compositions. I would think the Death Metal fans out there will be disappointed with what they will hear on this release however if they are hardcore Opeth fans and appreciate excellent music; they will forgive them and enjoy this presentation and everything it has to offer.

So if it is no longer Progressive Death Metal what do we call it now? I think simply Progressive Rock fits the bill with influences of psychedelic and even some jazz rudiments thrown in for texture and flavor. Metal is no longer a prevailing influence but it finds its place when necessary throughout this release to remind you from whence they came. Although many of the lyrics would have worked on previous albums this is very different with a lot of acoustic guitars and other elements that makes you forget you are actually listening to Opeth sometimes and that is the cool thing about this. “The Devil’s Orchard,” depicted in a cool 3D cover on this special edition, spews out lyrics such as “God is dead” and features music that carry those lyrics a long way. “Famine” is an excellent track that starts off with a haunting atmospheric soundtrack then the guitars and the rest of the band kick in while the lead vocals sound like they are more in the background echoing and pleading for release. It’s an effect that works. Primarily this is music that is very cerebral, it is in constant flux and things like flutes come in accompanied by an ominous guitar line like in “Famine,” reminding one of Jethro Tull in their prime although Tull was never this heavy musically or lyrically. This kind of music will not leave you alone, it forces you to pay attention as you wait for the next change or lyric that is going to come snapping at you to make you think even more.

This particular Special Edition was quite an experience. It offers the listener a stereo and 5.1 surround sound version which is simply enthralling to put it mildly. I have always appreciated Opeth for various reasons but have never been enamored with them. I think that is about to change as I hear this music more, the more I find an appreciation of what a tremendous accomplishment this recording is and the complexity and beauty of the music is astounding. The packaging emulates the LP gatefold style with a booklet in the middle and a second  tray holding the bonus DVD which has the surround version of the album with several bonus tracks, most notably “Pyre” and “Face In The Snow,” which are also offered as free downloads from the band’s site. The video portion of the DVD starts off with Akerfeldt explaining how the album took shape, which was ok but when they actually step in the studio to take you through the recording process they decide to start speaking in their native tongue because it was the best way to present this…wrong answer. If you were selling this album exclusively in Sweden that would work, so I am not too sure what they were thinking. After about 10 minutes of subtitles I felt like I was watching a foreign film and that was all she wrote for me. This was a disappointment as I really wanted to continue taking in the studio experience but I just could not deal with the subtitles anymore!

In the end the part of the DVD I did not enjoy took a backseat because the music was so incredible. Opeth have created a true masterpiece and what makes it even more prolific is the fact that they changed their style entirely and took a huge chance. Nice work gents you looked at the possibility of failure square in the eye and gave it the proverbial finger and kicked some major arse on Heritage. This is evidence of their total confidence in their abilities and proof once again what outstanding musicians they are regardless of what type of music they produce.