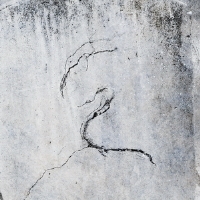 Lunatic Soul is the brain child of Mariusz Duda of the progressive rock/metal band Riverside. In his series of progressive works (Lunatic Soul I and Lunatic Soul II), he explores the boundaries of life, death and all that lies between. In Impressions, Lunatic Soul’s third album there is a continuation of this theme with some pretty powerful instrumental pieces interspersed with vocals. Uniquely enough, there is no electric guitar here at all. What are present are a great many instruments and some talented people helping Duda to create this masterpiece. The artists are: Mariusz Duda (vocals, glockenspiel, ukulele, acoustic guitar, fender jazz bass, keyboards, percussion), Maciej Szelenbaum (flute, strings, piano, quzheng) and Wawrzyniec Dramowicz (drums).

From the first moment of ambient sound, I knew this CD was going to be different. When the second track, “Impressions II” began, I knew I loved it because of those differences. The rich multifaceted layers of color projected with all the varying instruments is simply breathtaking. The acoustic guitar and effects created by Duda are magic. Szelenbaum’s piano work is full of harmony and grace and when combined with the disturbing beeps from a hospital monitor, your mind can’t help but travel back to memories of loved ones teetering on the brink of life or death. The interesting part about this track is the sheer beauty of life that is reflected in the tightrope walk between a flat line and what is beyond the veil. This piece is magnificent for all of the harmonies that blend seamlessly and a composition that is spellbinding.

“Gravestone Hill” begins with a more violent start. Percussion swirls into ambient sound, Duda’s vocals and hints of female backing vocals are added to spice up the mix. The piece is at once rich with sound and stark with dark imagery. Like a walk in the cemetery at night, you have to keep your eyes and ears peeled for unexpected twists and turns. This piece is like that. Beauty and sadness. Dark and light. The blending of sound creates a sense of anticipation and the feeling that you are on a journey to someplace that is another reality from that which you have known before.

“Summerland” is the last song on the album. Piano and a series of instruments blend to frame Duda’s vocals. They are steady and thought provoking, leading your further on your journey from death into the afterlife. Percussion creates a steady pace while you remember pieces of your life and begin the journey into the Summerland. This one actually brought tears to my eyes; it was so melodious and heartrending. There is a floating feel to the music that is almost ambient, but the piano lends a graceful ear that works well with the steady percussion and Duda’s voice. Think about all the events of your life translated into note and sound and you have this amazing piece. Harmony and composition are flawless and it is a song that gets in your head and won’t let go.

Lunatic Soul is the more acoustic side of Riverside’s Mariusz Duda. The pieces on this album were created while the band was in the studio working on their first two albums. Realizing the Impressions had merit of their own; it was decided to release them as an album, rather than on a re-release of the first album as an addition.  While it is primarily instrumental, the progressive nature of the work tells a story of a soul on a journey. Between the ending of life as we know it here on earth, to an upwards spiral into the Summerland of our dreams, this album is an experience I will never forget. It is a masterpiece of sound and a gift to the ears.