The first book in the trilogy, “The Onion and the Ants, Gertrude and Grace,” will be edited by Rachel Stroud of editzing.  She and author Tom Libertiny are excited to announce its 2011 release and encourage you to keep updated on the book, its marketing tour, and the music album that tells part of the tale. 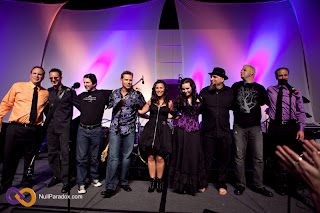 The book, songs and live show are written about keeping the childlike wonder in ourselves, regardless of our age.  They are also about understanding that difficult decisions must be made throughout our lives including what many consider to be the ultimate decision.

The story behind the concept of Null Paradox and what was to originally be one book, “The Onion and the Ants,” started behind the wheel of an old jet-black mustang traveling through northern Michigan, USA on a sunny afternoon.  The road was less than well-traveled and the speed, well, some would call it reckless.  Commitments to the god of “bite-off-more-than-you-can-chew” are often made during these adventures.  This one was no different.

A gig as a freelance engineer was the reason for Tom Libertiny’s trip through northern Michigan–a job he needed to help pay for his final year of college.  Four hours with just the roar of the wind and the engine as company conspired to bring together the concept of growing up, the need to make critical life decisions and, strange to some, quantum physics.  It didn’t make sense to him either at the time.  But as the miles rolled by, the idea emerged about how to look at the former two issues, ones that he was facing, from the perspective of something small.  Perhaps not even a human perspective but one that could appreciate what it meant to be human.

Years went by with the outline of the book taking place in fits and starts.  His work with a variety of musical endeavors–string quartets, rock bands, musicals–as a song and lyrics writer and multi-instrumentalist helped the book along.  Songs and lyrics became analogous to chapters in a book.  The friends that he made–Chris Mick, Dave Ziozios and Jake Rye–would fortunately participate in what was to become Null Paradox the music band.

And so one book was divided into three.  The books continued to morph and include a world-view built on his travels with his wife Suzzy, their adventures together, their community service, and a place called their secret garden.  The first album was written and recorded.  Artists he admired in the music and visual arts communities agreed to work on the project–much to his surprise and delight.  And an Irish-American singer named Crystal Sherry joined the fun.

What do the songs on the first album mean?  They fill in the details of chapters in the first book–chapter-by-chapter.  The songs are arranged in the same order as the chapters in the book.  Also, all of the songs are meant to stand on their own–to set a mood through lyrics and music that makes sense outside of the context of the book.  Your own personal interpretation is highly desirable and it’s always interesting to hear about the similarities and differences between people’s interpretations of the songs.

Email ThisBlogThis!Share to TwitterShare to FacebookShare to Pinterest
Labels: Gertrude and Grace, Null Paradox, Progressive Rock, The Onion and the Ants