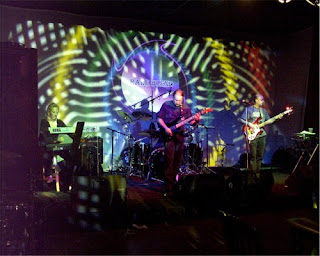 For over 15 years, Rare Blend’s music resonates with purists as well as those who embrace a progressive multi-genre approach to original instrumental music. Pulling from a variety of influences and musical styles, Rare Blend continues to receive favorable press reviews, and radio airplay, performing at a variety of concerts and outdoor festivals, and have been invited to be included on regional and national compilation discs.

Because of their diversity and growing catalog of music, Rare Blend can be found performing on bills that range from Jazz to jam band, fusion to progressive rock. They have shared bills or have opened for the likes of David Sanborn, Special EFX, Ozric Tentacles, Tunnels, Dark Star Orchestra, Kevin Eubanks, Blood, Sweat & Tears, Spyro Gyra, Frogg Cafe, Los Lobos, and others...

In 1998, Rare Blend expanded to a four piece with bassist/composer Jeff Scott and drummer Paul Stranahan. As a quartet, Rare Blend added additional musical texture to the original concept and took the live performance to a new level.