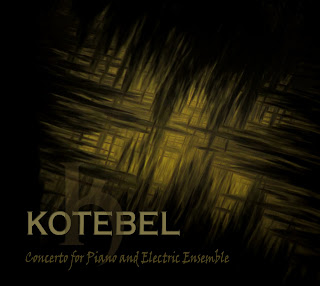 Madrid, Spain - With 5 albums released since 2000, including the highly acclaimed 'Omphalos' (nominated for 'Best Foreign Record' by ProgAwards in 2006) and 'Ouroboros' (Winner – 'Best Foreign Record' by ProgAwards in 2009), Kotebel is one of the main progressive rock acts to emerge from Spain and Latin America. And now, much to the anticipation of prog fans across the globe, Kotebel is preparing to release their 6th album 'Concerto for Piano and Electric Ensemble'. “The main body of the album is formed by the four movements that comprise the 'Concerto for Piano',” explains keyboardist and founding member Carlos Plaza Vegas. “It is pure music; no reference to extra-musical elements. However, the other four pieces on the album are based on conceptual elements.”

Here's what the press has said about Kotebel:

“This is one stellar disc of symphonic progressive rock!” - Jerry Lucky – The Progressive Rock Files

“This is a masterwork!” - Vitaly Menshikov – Progressor

“One of the great contemporary prog rock bands!” - Nuno – Prognosis

“Kotebel appear to be content on exploring and extending the boundaries of their chosen genre, and are definitely a band to watch out for.” - Dave Sissons – DPRP.net

“The musicianship is top-notch!” - Yves Dube – Sea of Tranquility

Between the years 2000 and 2008 Kotebel went through a number of line-up changes, with Carlos Plaza Vegas remaining as the driving force throughout. Kotebel's configuration as a five piece instrumental ensemble in 2008 quickly became an efficient performance engine, exploring aesthetic grounds that required more complex and demanding skills as individuals and collective performers. Along with releasing an album 'Ouroboros' in 2009, Kotebel toured Japan in the summer of that year and participated in a number of music festivals and performances in Spain, Portugal, France and Italy. Between September and December 2011 the ensemble recorded their forthcoming album 'Concerto for Piano and Electric Ensemble', in which pre-orders are currently being taken. To be released in early 2012, the album will also include a DVD with a full rendition of the recording of the Piano Concerto.

“Since the first Kotebel album back in 2000, one of our goals has been to integrate elements of classical music in a language based in progressive rock,” explains Carlos. “'Ouroboros' (2009) was a further step in that direction (for example, the 'Ouroboros' song is constructed upon a 'Theme and Variations' structure). However, it is in the 'Concerto for Piano and Electric Ensemble' where this integration has been taken to its greatest extent in our music.”

Finally, Carlos has this to impart to the listening public: “For those still not acquainted with our music, I would invite you to visit our website where we have plenty of fragments from each and every track on our albums. Kotebel's language is very eclectic and appealing to both fans of more traditional prog as well as more adventurous ones.”