Jethro Tull's Ian Anderson To Release ‘Thick As A Brick 2’ 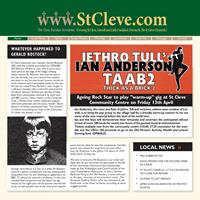 London, England – February 1, 2012mmemorate the 40th anniversary of ‘Thick As A Brick,’ on April 2nd (April 3rd in North America) Ian Anderson will release a sequel to the original album.

In 1972, Ian Anderson wrote and recorded the Jethro Tull Progressive Rock classic album ‘Thick As A Brick.’ The lyrics were credited at the time to the fictitious child character, Gerald Bostock, whose parents supposedly lied about his age.  The record instantly became a number one Billboard Chart album and enjoyed considerable success in many countries of the world. 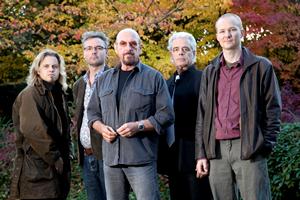 So, forty years on, what would Gerald Bostock – aged fifty in 2012 – be doing today? What might have befallen him? The anniversary “part two” album will examine the possible different paths that the precocious young schoolboy, Gerald Bostock, might have taken later in life through alter-ego characters with song-section identities illustrating the hugely varied potential twists and turns of fate and opportunity. Not just for Gerald but to echo how our own lives develop, change direction and ultimately conclude through chance encounters and interventions, however tiny and insignificant they might seem at the time.

Ian Anderson says of the album, “As we baby-boomers look back on our own lives, we must often feel an occasional ‘what-if’ moment. Might we, like Gerald, have become instead preacher, soldier, down-and-out, shopkeeper or finance tycoon?”  Adding, “And those of more tender years - the social media and internet generation - may choose to ponder well the myriad of chance possibilities ahead of them at every turn.....”

To coincide with this groundbreaking release, for the first time since 1972, Anderson and fellow musicians John O’Hara (keyboards), David Goodier (bass), Florian Opahle (guitar) and Scott Hammond (drums) - as well as some guest performers - will take to the road to perform the album in its entirety and, it can now exclusively be revealed that, in addition, there will be a second part to the show where Anderson and the band will also perform the sequel.

1. From A Pebble Thrown

‘Thick As A Brick 2’ will be released as a standard jewel case CD and digital download, and in a Special Edition 2-disc package with DVD featuring 5.1 stereo mixes, 24-bit stereo mix, video of the making of the album, interviews with the musicians and Ian Anderson reading the lyrics in various locations.

Tickets are available at http://www.gigantic.com

After 44 years of leading Tull to 54 countries worldwide and over 60 million albums sold, Ian Anderson celebrates a true progressive rock classic with old and new fans across the UK for a whole three weeks. Anderson is known as the flute and voice of the legendary Jethro Tull, formed in the North of England in 1968 from the amalgamation of blues-based John Evan Band and McGregor’s Engine. Since their first performance at London’s famous Marquee Club in 1968, the band has released 30 studio and live albums and earned a prominent place in rock history.