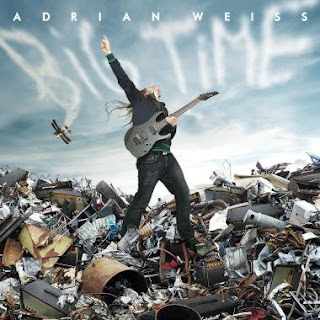 The production was completed in March of 2011 and was engineered by Bjoern Sondermann in his studio in Duesseldorf. Being a drummer he also layed down his playing on 6 tracks.

Adrian has now also formed a live band to present the entire album on stage. It features the following line up:

Credits:
released 15 September 2011
Recorded and mixed by Bjoern Sondermann, produced by Adrian Weiss and Bjoern Sondermann. Mastered by Eroc at EMR.
Thanx to Eroc and mf-c for all the help during the mixing!