Phoenix, AZ - The progressive rock community is buzzing with excitement about the news that prog trio Cushma/Cides/Leys will be performing at the famed Prog'Sud Festival in France in May 2012. Cushma/Cides/Leys is an exciting new ensemble comprised of three well-known international musicians.

Linda Cushma (USA) is a seasoned international performer and will be returning to Europe to perform at the Prog'Sud Festival 2012 with close friend and collaborator Guillermo Cides (Argentina/Spain), and drummer Alex Leys (Argentina). “The Prog'Sud family remains in your heart long after you depart,” says Cushma. “I am fortunate to be reuniting with friends that I have greatly missed and to be sharing the stage with these gifted musicians at the lovely Prog'Sud Festival in May 2012, which launches our concert tour of France, Italy and Spain.” (www.progsudfestival.fr) The Cushma/Cides/Leys tour will also include Prognite Festival (May 26-27) in Villadeati, Italy and EnjoyStick Meeting, Erici-Trapani, Sicily-Italy. (www.enjoystick.it) Cushma and Cides both play the Chapman Stick, the original instrument of 10 strings, and they have a long background of concerts and international adventures.

In 2009 they released a CD together with drummer Tim Alexander under the name CCA titled 'Not Different But Not The Same'. Alex Leys is an internationally known drummer and powerful solo artist. “It is my good fortune that Alex has been playing concerts with Guillermo Cides and graciously accepted this invitation to play in the trio,” says Cushma. “We are friends playing together, the most powerful way to make music,” adds Cides. Band leader, bassist and vocalist Linda Cushma, is best known for her work with experimental prog-rock ensemble Oxygene8 and her projects involving artist and drummer Tim Alexander. She has been described as “a rare and artistic performer, with her embrace around the world.” The new music from Cushma is rhythmic, poetic, evocative; it shows her special sensitivity in composition and interpretation, both elements appreciated by audiences in Argentina, France, Italy, Spain, Chile, Mexico, Japan and the US. www.oxygene8.com Renown Argentinian stick player Guillermo Cides, whom legendary Vander Graaf Generator leader Peter Hammill describes as "an excellent musician. I've got his records in my collection," would cultivate his own style with the Stick, his special mark of popular melodies combined with modern sounds and a style of playing that would characterize him in the future.

The multiplicity of onstage sounds generated with the Chapman Stick turned him into a real one-man band. From 1994 he began to experiment with loops, a technology based on recording sounds onstage at the same moment in which they are played and in this way generating complex sonic environments. He was to apply this modern technique in particular to popular and classic melodies (J. S. Bach). Cides offers Stick concerts sharing stages with California Guitar Trio, Jerry Marotta in duo, Trey Gunn, Roger Hodgson (Supertramp), Emerson, Lake & Palmer, Jethro Tull, Fish (Marillion), John Wetton (Asia,U.K), Rick Wakeman (Yes). Cides is currently collaborating in Mark Trueack's "The Hope Project," featuring Jon Anderson (Yes), Deborah Anderson, Steve Hackett (TBC) and John Jowitt among others.

www.facebook.com/guillermocides For over more than a decade, drummer/composer/educator Alex Leys has been writing, recording and performing solo drum music. Born in Buenos Aires, Argentina, he studied classical percussion at the Buenos Aires Conservatory 'Manuel de Falla'. After winning the 'Drums and Percussion' magazine Drum Off, Leys received lessons from Argentinean master teachers Elias Heger, Daniel Volpini and Daniel "pipi" Piazzolla. In 1999 Leys composed and recorded 'Searches,' his first album of compositions for solo drum set. From that moment Alex was established as a Drum Solo Artist. In 2003, Leys recorded 'Lonely Traveller', his second solo CD and toured with it until 2005. He then relocated to Europe to work with artists such as Rut Marcos, Michael Harrer, Daiel, Pepe Bao, Todd Clouser's A Love Electric, Javier Alcalde, Dressing Trio and Tres Gatos Swing. Currently, Alex is highly requested for drum clinics, seminars and solo artist performances and has successfully toured and recorded with Chapman Stick master, Guillermo Cides. Alex Leys is an Educator/Clinician for the Zildjian Cymbal company, DW/Pdp drums, Remo Heads, Protection Racket cases and Wincent drumsticks. 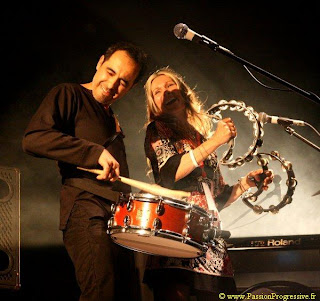