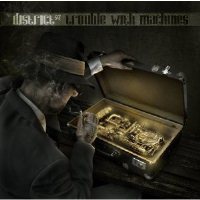 The first thing I noticed upon listening to this album is the complexity behind the music. “Back and Forth” is the opening track of the album and it opens with some guitar riffs that wind around you like smoke spiraling up toward the night sky. Hunt’s vocals cajole you closer to the cliff’s edge and the guitar riffs flutter and flicker to life in an epic journey. There is an electronica feel to the guitar work. “The Perfect Young Man” is a tale of a bride to be chosen out of millions. With vocals by Hunt that carry you across time to live this fairy tale come to life with guitar riffs and percussion that is epic in its intensity. Guest vocals in this piece are by John Wetton, bassist for King Crimson and Asia. Romance and suspense weave a story that is built note by note. Fans of books like Matched, Cinder and The Hunger Games will find it particularly intoxicating.

“Who Cares?” is a poke in the eye to all things in your reality that you take for granted. Force fed information at every step of our lives, what if we were to question reality as we know it? Who tells us what we value? What if all the things you love are programmed into your head? Individual thought and impulses illustrated by guitar riffs and vocals that smooth their way into your subconscious like warm butter jolt up and demand you awaken. Although at times the repetition was a little mind numbing, the essence of the song really resonated with me. In books like Matched and in other dystopian literature, the government or whatever authority is in charge basically controls your every move. What you eat, who you marry, your job and if you decide to not play nicely and follow the rules, your comfortable life disintegrates around you like falling ash to the ground. This song is a war against the machine that makes us conform. It is a battle cry for individuality and with every guitar riff, percussion arrangement and melody I found myself nodding. Even the part with the repetition of the vocals that grated on my nerves served a purpose. Not following the rules. I like it.

District 97 has a progressive rock sound that captures the imagination with vocal melodies that rise up from the composition like a phoenix from the flames. Leslie Hunt adds an element to the album that is not found in this male dominated business and brings the songs to life. The deep themes are refreshing and make you delve into hidden pieces in your psyche and your reality. The steampunk flair of the album cover is appealing and the songs are made for people who love science fiction and fantasy. It is well polished with guitar riffs and melodies that will thrill progressive rock fans.

Key Tracks- Back And Forth, The Perfect Young Man, Who Cares?