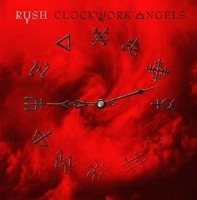 What words are there for a band like Rush? Calling them transcendent, virtuosic, mystical, majestic or esoteric won’t even cover the basics. They have proved time and again that they can consistently maintain a devout cult following unlike any group in history. For their latest release, Clockwork Angels, Rush revisits the concept album, transporting their fans to an industrialized universe orchestrated by one known as Watchmaker, through the eyes of a young man in a search for independence.

The album’s first track, “Caravan” is quite possibly the strongest opening track the band has ever produced. In accordance with the album’s pseudo-steampunk theme, the track begins with sampled a bells and whistles which gives way to a quintessential Liefson power chord progression. The track’s true brilliance lies in its sonic choreography of deception, rapidly expanding and contracting in such a way that the listener is left hanging on the edge of his musical chair.

Following up with an equally compelling track, “BU2B,” Rush proves once again that progressive music can be just as profound spiritually as it is musically. Dealing with the uniquely human existentialist crises of a search for meaning, Peart’s lyrics delve into the subversive side of guidance by questioning the very nature of collected wisdom. Like “Caravan,” “BU2B” is another pre-release single which was featured on their previous tour, “Time Machine.”

In many ways, Clockwork Angels is the perfect Rush album. It contains everything from modern rock anthems like the previously mentioned “Caravan” to bass driven classics which harken back to Rush’s earlier days such as the albums ninth track “Headlong Flight.”  They succeed in creating a concept album which is simultaneously coherent and individual, making each part equal in greatness to the whole. My only bit of criticism for the release is the way they chose to mix the album; though I purchased the album through iTunes+, the sound quality felt more like an album leak. While this factor was off-putting at first, it eventually became one of the most respectable aspects of this album, as its rusticated feel only further contributes to the individuality of this release.