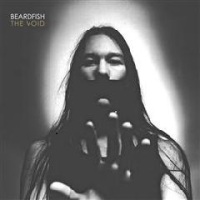 If you were looking around the internet for news of this new release by the Swedish quartet Beardfish, then it was probably as disconcerting for Beardfish followers as it was for the followers of Opeth as the release of Heritage approached. News of musical direction changes were rife, but Beardfish followers can rest easy, as the band are only doing what every band should do, and that is that they are not content to rest on their laurels (even in the comfy armchair of prog rock) but are continuing to evolve the Beardfish sound.

Where will this move take the band, and will it suit all Beardfish followers? Only time will tell but, do followers want a band that churns out album after album that follows the same pattern or do they want a band that evolves and are not afraid to experiment in other areas?

Beardfish is comprised of Rikard Sjoblom  (vocals/guitars/keyboards), David Zackrisson (guitars), Magnus Ostgren (drums) and Robert Hansen (bass). The Void is the seventh album to be released by the band and has moved away from the earliest style which was said to resemble that of the classic prog rock bands of the 70’s, such as Yes and Genesis.

There are 11 tracks on The Void, including a short vocal intro from Andy Tillison (The Tangent) and a bonus track, a piano version of one of the main tracks on the album.

As soon as the short track 1 “Introduction” (0:28) is finished, the ears are suddenly blasted by a mighty guitar riff that drives through most of track 2, “Voluntary Slavery” (6:35). The song itself features excellent guitar work which weaves in and out and around the driving bass/drums rhythm engine. I think that it is safe to say that this track nears the prog metal zone but there are quiet passages and even a growl or two in the vocals. It is best described as an aggressive track without doubt.

Track 3, “Turn To Gravel” (5:28), slows the pace a little but is still driven by excellent guitar riffs and the powerhouse rhythm unit that is Magnus Ostgren and Robert Hansen. Varied vocals, which suit the track from start to finish from Rikard Sjoblom are superb and even a little feedback puts in an appearance. The track has a strange strangulated ending, which moves into the next track.

“They Whisper” (6:09), track 4, is a very different track from what has gone before. The whole feel of the track, instrumentally, is more laid back, but the vocals range from the very melodic to the driving demanding attention style. It is a difficult track to nail down as it seems to transcend several styles in its 6 plus minutes. Keyboards are much to the fore and with some of the passages; I was reminded of Jim Morrison and the Doors, as it has that sort of feel to it.

Track 5, “This Matter Of Mine” (7:10), returns to the heavier sound of the earlier tracks, with the voice taking on more of a roar…which might be to be heard over the riffing and rhythm sections.  An excellent   track which drives along at a fair pace throughout, although again we hear a few guttural growls but they soon fade away.

Another change of direction appears on track 6, “Seventeen Again,” (7:41), where the introduction to the track is a very jazzy piano section which merges into prog style keyboards and then a soaring guitar underpinned by the keyboards. This is a superb piece of music which then moves into a keyboard led section with excellent drumming and the guitar motifs floating in and out above the keyboards, then terrific interplay between keyboards, guitar and bass at times, following each other. The jazzy piano reappears as the track moves towards the 5 minute mark. Rikard Sjoblom gets the opportunity to show how good a keyboard player he is throughout this track (Notable nuances of Keith Emerson from his days in the, relatively, short lived band, The Nice).

The strangely titled “Ludvig and Sverker,” (8:05), track 7 is yet again another slight change in style with a delightful distortion on the guitar and clear vocals from Rikard Sjoblom which are almost plaintive sounding. The guitar and bass interplay in the background and around 2.5 minutes into the track, the bass/drum engine picks up again and the guitar starts to shine again. The track continues with the same plaintive vocals which then slide into a subdued intensity, in that the vocals could be screamed but by remaining controlled, the effect is more memorable. All in all it is a very satisfying track showing another side of Beardfish.

Track eight, “He Already Lives In You” (6:39), starts with running water and keyboards followed by a slightly fuzzy guitar and merges into an amalgamation of various styles including blues. Another move into a direction not pursued previously by Beardfish, which shows the versatility of the band at this moment in time. The spoken, slightly indistinct vocals add to the interest generated by the track.

The epic “Note” (15:56), track 9 which is split into several movements, runs the gauntlet of many phases of progressiveness (is it a word?) and highlights the writing abilities of Rikard Sjoblom. Not sure what an epic is defined as, but I think that if it is a multifaceted piece of music and stretches to over 15 minutes, then that’s an epic. Very down tempo in comparison to the heavy, high energy levels of the earlier tracks, but an excellent piece of work.

The penultimate track, “Where The Lights Are Low” (5:40), is a superb blues based work, from fuzzy guitars to the powerful vocals of Rikard Sjoblom, this track simply simmers away. Probably the least likely style to adorn a “prog” album, but it is performed by 4 excellent musicians pushing boundaries.

The bonus track, “Ludvig and Sverker (piano version-15:56), has a strange introduction and then gives way to version of an earlier track, but in a very different fashion. It is an interesting take on the earlier track, with almost jazzy tinged moments at times and certainly keyboard orientated. The track meanders this way and that, touching different areas of classic prog but while the keyboards play important parts in each of the songs, they take center stage here and a terrific track to close the album with.

Right at the start of the review, I suggested that The Void   was Beardfish undergoing the evolutionary change that all bands must undergo to survive. True, it is a very different Beardfish album, especially in areas of aggression, volume and intensity, but it is an evolution and not a quantum leap, and with several listens. The Void becomes an album that gets right inside your head and you realize that you are listening to something very special and one to purchase.