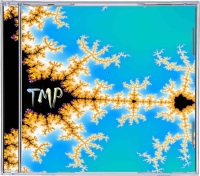 As always, the starting album track is important and in this case we have “Columbus” (8:07). The sound builds with “strings” setting the scene for the entry of the superb guitar of Filip and then the strings continue to build up. Beautiful sounds fade to guitar and the vocals of Guy, which are clear and match the music perfectly. A flute appears, constantly changing, yet adapting the music and just after the 3 minute mark, sit back and relax into your comfy prog armchair as the keyboards of Toon whisk you back in time. A hint of Genesis appears at this point as the bass and drums (Christophe and Johan) drive along under the keyboards. Synthesizer takes over above the “classic” keyboards and, yes, it is true, prog rock rules! At around the 6 minute point then another change takes place when keyboards/drums/bass leads into another exquisite motif on guitar - which presents to you an absolute “belter” of an opening track.

One of the shorter tracks follows, “Waste of Time” (3:09) with a keyboard intro (and a clock ticking) before the rhythm unit kicks in and also the voice. Again the nod to the past is obvious as the song flows along, instantly grabbing your attention. The track ends again with a clock ticking, and certainly does not mirror its title.

The “70’s Suite”, comprising tracks 3-7, runs for a total of 22:33 minutes and is like stepping into a time capsule. Track 3, “70” (4:22) starts with a piano flourish and guitar before heading into a simple keyboard motif before the guitar comes in majestically over the top. There is a slightly “harder” feel to the track and quirky time changes are a feature. The piano motif re-emerges then into a keyboard/piano passage as the song motors along with little retro bits flowing in and out. This leads into the fourth track, “71” (7:42) with the piano again to the forefront, and excellent. The rhythm engine then joins in, highlighting a bass guitar melody and then into a swirling passage, underpinned at all times by the superb bass and drumming. A terrific piano passage changes the tempo and allows the vocals to enter. Clear and well-rounded vocals fit the overall aural soundscape perfectly. The instrumental passages, with the interplay between the instruments add another layer to the sound prior to a return to an earlier motif. Next up is “7 Wolves” (6:25) with a smooth guitar/keyboard intro with the voice used as another instrument initially before settling down into another helping of retro based prog.  This is another track exhibiting a “harder” edge to the overall sound with the rhythm unit again excellent. The keyboard passages wash over the engrossed listener hinting at those classic “oldies” Genesis, The Nice and even Supertramp.  Onto the next part of the suite with track 6, “72” (2:23), which also happens to be the shortest track on the album. This is a restatement of earlier motifs with a more jazzy influenced kick on this part of the suite. Superb piano passages from Toon are featured, with the gentle sounds building towards the final part of the suite, namely track 8 “73” (2:41). There is an early “classic” keyboard sound to start the track with a synthesizer meandering around in the background and picking out a simple melody which continues on to the finale of the track, and suite. No doubt this is an exhibition of superb musicianship and a terrific chunk of retro prog rock.

“Free of the Spell” (4:39) is a return to individual tracks after the concept of the 70’s suite. There is a real jazzy feel to this particular track, with keyboards to the fore but the drum/bass unit driving the track along. Great guitar from Filip and the keyboards then move towards the track completion.

Track 9, “Cruising” (3:43) has a very gentle keyboard/bass/drums to start with a considerably laid back jazzy feel, almost Steely Dan-ish, and this is further suggested by the vocals from Guy. Midway through the track, Filip gets to “let rip” with the guitar before the electric piano takes over and the vocals reappear to take the track out.

“Syrinx” (6:35) is a more up-tempo track with drums/bass prominent and a very subdued guitar in the background.  This is, a “slow burner” of a track, still retaining a feel of gentleness.  All the musicians get a chance to shine on this track, featuring some great guitar work by Filip.

The eleventh track, “Forward” (5:51) has a very different feel to it, but initially there is an electric piano start, then into bass/drums and vocals. Brass instrumentation makes an appearance changing the feel of the track totally. Very jazzy feel, especially with the “smokey” brass burbling away and then into a Spanish style guitar ending.

“Far Behind” (8:56) changes the style again, with a keyboard intro and a synthesizer motif leading into the vocals, with the rhythm engine in the background, but driven along by the piano with the guitar also in the mix. Synthesized “strings” just before the piano comes to the fore again and merges into a synth passage. Gorgeous keyboards pick up and then the superb guitar of Filip lets rip but is always very controlled. A real atmospheric track which then has subdued keyboards/guitar before the reappearance of the vocals, interspersed with magnificent instrumental passages.

The penultimate track,” Babylon” (4:10), has an almost menacing start, heavily rhythmical with keyboards/synthesizers to the forefront. Guy provides the vocals again with superb clarity. Christophe and Johan drive this song along to its finale.

The final track, “Ginkgo Biloba” (5:36), has “strings” and electric piano to start before the synthesizer melody is picked out. Very neat time changes and the guitar is introduced before a return to the starting motif. What an excellent closing track with the standout synthesizer motif, which is simple and very effective.

This is an absolutely superb debut album and is certainly one of the best releases that this year has seen. Magnificent musicianship by all involved and a truly progressive rock album, unlike some others which make that claim but fall woefully short of the mark.

TMP  is a “cracker” of an album for anyone just dipping their toe into prog rock for the first time and one which will whet their appetite for much more of this genre.