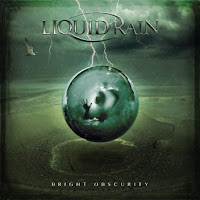 Liquid Rain is a progressive metal band from Gümligen near Bern. The sound is molded by the common preference for progressive music with distorted guitars and sharp Synthesizer. However one can find interesting arrangements that have little in common with the original metal sound. The first thought to found Liquid Rain came by the end of 2009, during the final work of Dario Colombo and Jeff Zopfi during their vocational training. They composed a song, recorded it and presented it to their teachers. For this project Cyril Stoller has been called in. At that time, Dario has already been playing in a band called “Hint”. This final work and its presentation was a full success. That is why Dario and Cyril forced their cooperation: Liquid Rain was born.