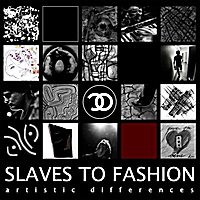 Slaves To Fashion is a progressive rock band from Norway. The only way you would know this, though, is because they have first names like Johannes, Torfinn and Vidar. (The bassist’s first name is John, by the way, which is not so much an obvious clue).

The lyrics on Artistic Differences are so enunciated and properly pronounced, if you guessed this was either a British or an American band, you wouldn’t be mocked. These guys have more than likely studied their progressive rock history, perhaps all the way back from Genesis and Emerson, Lake & Palmer to the present, which means they have their chops down cold.

The ten songs collected on this album all seem to touch upon philosophic concerns. The opener, “Love You Back,” struggles with the inequity of being loved, yet – for whatever reason – not loving that person back. Then on “Superstar (I Want Out),” vocalist Johannes Stole puts himself in the shoes of somebody imprisoned by the trappings of fame, wondering how to somehow get out, Houdini-like.

Musically, these songs are played as crisply and cleanly as they are sung. Maybe it’s the Norwegian in them, but unlike messy, unkempt American indie rock, these instrumental parts are all put in their proper places. At times, this can be a little like visiting Mr. and Mrs. Clean’s house; a home where it doesn’t appear as though real humans actually live there. Instead, it’s like visiting a model home and being really tempted to eat the waxed fruit because it looks so darn tasty. Musical perfectionism has always been a black mark on the progressive rock genre. There’s just something thrilling about giving into the illusion that the CD your listening to is actually being played for the first time -- right before your very ears. Sure, your intellect tells you tracks were painstakingly prepared. Yet you suspend disbelief for the aural thrill of it. Yes, Artistic Differences is good. So good, though, it’s difficult to shake the thought that robots weren’t also involved in its creation.

Key Tracks: Mrs. Hero, Love You Back, Superstar (I Want Out)