Review-Marillion-Sounds That Can't Be Made 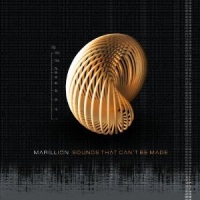 Marillion were formed originally in 1979 and released their first album, Script For A Jesters Tear in 1982 and the album up for review is their seventeenth studio release Sounds That Can’t Be Made, released at the end of 2012. The band has had two distinct phases, up to 1988 with Fish (Derek Dick) as the vocalist and from 1989 with Steve Hogarth fronting the band.

My Marillion “moments” have been with the earlier version of the band, circa the time of the hits Kayleigh and Incommunicado etc. This later version of the band I am not as conversant with, and I was eagerly looking forward to listening to this new album, especially with some of the comments that have already been made on the release.

There are eight tracks on Sounds That Can’t Be Made, which has a total running time of around 74 minutes. The shortest track on the album is “Invisible Ink,” track 6, which clocks in at 5:47 minutes and the album’s opening track, “Gaza,” which runs to a staggering 17:30 minutes.

Having listened to the album several times, each track is very interesting, but my standout tracks, at the moment, are “Gaza” (17:30), track 4, “Power” (6:06) and track 3, “Pour My Love” (6:02). The opening track, “Gaza,” is an amazingly atmospheric and emotional “tour de force.” The lyrics are very hard-hitting and the sudden shifts in musical emphasis serve to accentuate this.  It is a very complex track which shows the terrific skills of all the members of the band, but I do feel that the track is a little on the long side. Every time I have listened to this particular track, and I have also played it on my radio show, I felt that when the track reached around 13 minutes and the amazing guitar work of Steve Rothery appeared, it was the time to start to draw the track to an end. The extra time remaining, I found, detracted from what had gone before and is also why I haven’t used the word “epic” to describe “Gaza.”

Track 3,”Pour My Love,” is a very gentle piano based track which is very relaxing and the voice of Steve Hogarth sits very comfortably within the musical setting. Terrific bass/drums hold the track tightly together and the superb guitar motifs from Steve Rothery over the top of the track are excellent. Just beyond the halfway point, Steve Rothery gets the chance to show just how good a guitarist he is. Again, my small negative comment would be that “Pour My Love” seems to outstay its welcome just a little and the whole feeling of the track loses slightly because of this.

“Power”, track 4, is a somewhat faster pace and again shows the band as a very tightly knit unit. Steve Hogarth’s voice is again very good, but I do find his vocal shifts at the end of some lines of the lyrics a bit distracting. There is a terrific buildup of sound around the two thirds mark which “escorts” the song towards the end and then drops away to let the track go out in a very gentle manner.

Individually, the 8 tracks on this album are very good, if slightly similar, and it means that listening to one or two tracks at a time is excellent, but it is not the sort of album that I would put on to listen to from start to finish at one sitting .Atmospheric, and in many cases, emotion drenched, would be the words that come to mind to describe the songs. So, to sum up, I didn’t find this falling into the “need to buy” category, but found it terrific in small doses.

Learn how to make a free Electronic Press Kit