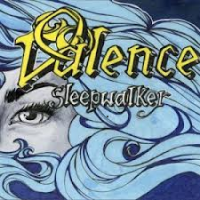 The latest CD for review, Sleepwalker by Valence, is again a band that I had previously not heard of, and this is one of the “perks” of being a reviewer. Valence are a four piece band hailing from Westchester County NY and play instrumental progressive metal which the band themselves describe as a fusion of heavy music with an odd meter, classical structure, jazz musings , strong groove and American power.  That being the case, let’s see  what this reviewer thinks.

The four members of the band are Mars Buonanno (guitars), Geoffrey Schaefer (guitars), Ian Morris (bass) and Chris Romano (drums) and Sleepwalker is an EP comprising, in total, 34 minutes of music, (described as a suite) split into 8 tracks, with the shortest, “From Ashes, Reborn” clocking in at 3:07 minutes and the longest, “The Depth” running to 7:19 minutes.

The tracks that grabbed my attention after listening to the album several times were the opening and title track, “Sleepwalker” (3:17), “To Dust, Across Dimensions” (3:09) and the penultimate track, “Winds of Zephyr” (5:34). The first track is an excellent opener to the suite with some superb understated lead guitar work while the drums and bass anchor the track, making it a good melodic introduction to the suite. “To Dust. Across Dimensions” is another very atmospheric piece of music with a beautiful lead guitar melody played over jangly guitars and a superb series of bass runs. The bass introduces “Winds of Zephyr” before the lead guitar lets rip with a superb series of runs interspersed with heavy power chords. The track holds the interest with varying time changes, but can appear a bit disjointed because of these sudden changes, in its 5 minutes plus in length.

All in all this is a very ambitious piece of work by Valence which has several high spots, but I get the impression that it might have been a step too far at this point. The band are very competent musicians and it is always heartening to see a band push the boundaries a little. My concern is that while I enjoyed a lot of what is on offer here, I feel that the idea of producing an epic suite and the practicalities of doing so have created a distinct “line in the sand” for the band. The heavy riffing music and American power (to quote the band) seems to represent their comfort zone and the suite has them moving from this point into other areas. There are times in some of the tracks when they are on the verge of “nailing it” totally, but then they almost jump back into the comfort zone again. Could it be that the confidence to take that last step is just not there at this time?

As a progressive metal outing, Sleepwalker, is a reasonably good 34 minutes of music, but the potential shown by the band on this release, suggests that they are not too far away from a huge breakthrough. Could the next release be the one?

Key Tracks: Sleepwalker: To Dust, Across Dimensions, Winds of Zephyr