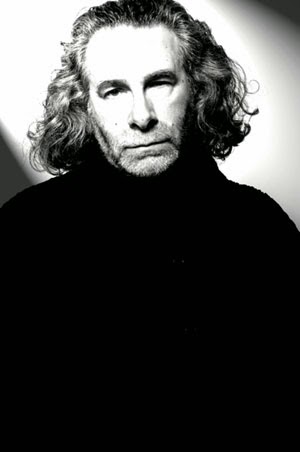 I finally got a chance to interview a member of the legendary band 10cc. The opportunity never presented itself until now. Kevin Godley and Graham Gouldman have five new tracks for download only on their site www.gg06.co.uk. I don't do interviews that often but I have to say that this was one of the very best.  Sit back and enjoy some memories with Kevin Godley and step into the future with their new tracks online...

MuzikMan: Kevin it feels like I am talking to an old friend! We go back to the days when I got the How Dare You album on vinyl LP from a record club! Since then I have been a huge fan. Actually I first heard Rubber Bullets when I was a junior in High School and was ready to consume everything I could get my hands on by 10cc and then Godley & Creme. I am sure you run into many folks that relate to you this way?

Kevin Godley: Hello old friend. Good to be talking to you. Lovely, black, thin, precious vinyl. I think the rings of Saturn are made of vinyl. Re: meeting fans. Not that many. The occasional cabbie or train passenger. It’s wonderful though. Those who do care and remember care and remember passionately. I think we touched a small nerve but, for some, touched it quite profoundly.

MuzikMan:  The last 10cc studio album was the 1992 release Meanwhile. This release was an import only and seems to have disappeared into obscurity for some reason and actually is not even listed a main album release on sites like the All Music Guide. I remember the drummer Jeff Porccaro (Toto) dying tragically after this album was recorded. So it looks as though I have a rare recording on my hands now as I cannot find it anywhere.

Can you talk about what happened with that gem of an album and how it all came together?

Kevin Godley: I wasn’t involved with the making of this album at all so I know very little about how it was put together. I was simply asked to sing lead vocal on one song and was flown to NY to record it. The three of us had a lovely reunion breakfast on day one. As I recall all the basic tracks had already been recorded so it was myself, Graham, Eric and producer Gary Katz for two vocal heavy days. I do recall a strange atmosphere in the studio. An intangible awkwardness. Everything sounded ‘great’ everyone got on ‘great’ but there was an essential ingredient missing. I also sensed G and E growing apart. Gary Katz was acting as a political as well as creative buffer keeping personalities as well as music on course. I’ve never actually heard the complete album although I did enjoy singing “The Stars Didn’t Show.”

MuzikMan: Now it’s Godley & Gouldman, what happened to Lol Creme? Is he off producing artists and their videos and other multimedia projects?


MuzikMan: I remember when “Cry” came out from Changing Faces and how groundbreaking the title track video was and from that point you and Lol were pioneers in the multimedia industry. What do you see as the cutting edge technologies that have changed the music industry since those days when the video’s really started taking hold during the MTV age?

Kevin Godley: “Cry” is one of my favorites. We were in our pomp on that one. New tech… Many devices and techniques like CGI, Q Base style music technology, non-linear video editing, digital filmmaking tools, ipods, blah blah. G + C’s old maxim: ‘If you can think of it, it can be done’ is now easier to achieve than ever. Meanwhile the internet, undoubtedly, has had the biggest effect on the cultural landscape. Now anyone can do anything and be seen and heard by a vast global community. I sometimes wonder how the quality of work will change if the line between artist and audience blurs any further. Right now everything’s cool and new but there’s a danger that the vocabulary of creativity may shrink to fit. I tend to function in a  ‘less is more’ world so I’m a bit skeptical about where it’s headed. ‘More is less’ could get messy…Discuss.

MuzikMan:  Will there ever be a 10cc reunion and the chances of boxed set coming out with rarities and such? I have been waiting forever for this to happen, is there hope for either events to take place?

Kevin Godley: Graham takes a version of 10cc on the road every year. This year I joined him at two gigs and sang “Old Wild Men” and new song “Beautifulloser.com.” I think that’s as close as we’ll get but it was an amazing experience to revisit after thirty years.

MuzikMan:  What was your favorite 10cc album to record?

Kevin Godley: Sheet Music, definitely, because we’d really started to explode creatively and didn’t recognize any boundaries. We were buzzing on each other and exploring our joint and individual capabilities. Lots of excitement and energy at those sessions and, more importantly, an innocence that was open to anything.

MuzikMan:  Looking back in retrospect now do you think all of the Godley & Creme recordings were a direct extension of the 10cc art form and style? Personally I love all that music because it does keep me connected to all the old 10cc releases and makes me want to listen again. Do you find this kind of reaction to your work typical?

Kevin Godley: 10cc taught us how to be ourselves, musically, so any work informed by those years would absolutely be a direct extension. Strange then that G+C’s first excursion into the unknown was an indirect contraction called Consequences. Con Sequences was our ‘Heaven’s Gate.” Great launch party, though. The bigger picture was about freedom from cheese and more emphasis on experiment. At least that’s how it felt back then. We eventually re-discovered our natural musical habitat with L and beyond. I guess however far one strays from an intrinsic style, if it comes from the same people, those who are listening closely enough will be able to join the musical / emotional dots.

MuzikMan:  I see you are right in step with the times releasing your music independently and for download now. Do you feel this is in not only in direct response to what the market dictates but something you have embraced and feel excited about?

Kevin Godley: It’s so clean and direct, particularly for artists with less obvious commercial appeal. If you’re interested in G+G we have a little shop selling G+G things. Come in, browse around. If we’re talking Art versus Commerce, record labels are 100% about COMMERCE. Godley / Gouldman / GG/06 doesn’t scream COMMERCE. Whether it screams ART is not for us to say. I like to think we’re, at least, whispering it in your ear.

MuzikMan:  Do you think the major labels have a fighting chance now with the way indie music has torn down the traditional distribution model and rebuilt it?

Kevin Godley: Maybe. If the big boys learn to listen and take chances again. If they ditch the purely corporate mentality and get rebooted by people with vision. A few more Chris Blackwell’s, circa 2007, wouldn’t go amiss.

MuzikMan:  In closing Kevin I would like to give you heartfelt thanks from a lifetime fan for your time. What do all of us diehards have to look forward to in the coming year from you and Graham?

Kevin Godley: My pleasure. Thank you. It’s good to know people are still listening. I hope we can deliver. Expect more music, obviously. Perhaps some film / video stuff. Lots of ideas in the air. We’re not fast, though. Diehards may die before we complete an album’s worth. As of now we only have 5 tracks for download but we’re proud of them. As ever, GG/06 is a further direct extension but, in my opinion, this one has a little more bite and focus than last time around. If you want to know / hear more www.gg06.co.uk is the place to go.  Bye for now…

Interview Granted By Kevin Godley With His Permission To Publish And Distribute 2007
By Keith "MuzikMan" Hannaleck at February 22, 2013