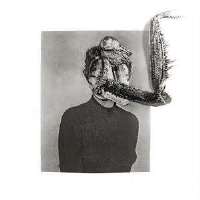 On the band’s website, they describe Mantiis as “a single song divided into fourteen tracks which flow through different genres.” That is a good description of the album, since Mantiis could be considered a concept album. Mantiis is best experienced by listening to the album from start to finish in one sitting. With that being said, it was difficult to pick out key tracks that stand out because they all sound equally excellent. Unlike a lot of pop albums that has one or two singles, and a lot of throw aways, Mantiis is equally enjoyable from start to finish with each song smoothly transitioning to the next. I’ve tried to pick out songs that highlight some characteristics and highlights of the album, but the album as a whole should be listened to.

If one track could be used to represent the album, “Last Of The Light” would be the best song to pick. Starting with the black metal growling vocal singing of Rider G Omega, the song then transitions into a mellow instrumental with a jazz-like sound. Californian, Nicholas Dominic Talvola, is featured on this track as a guest musician providing some amazing trumpeting playing. The song picks back up at the end with Omega’s singing. Ojete Mordaza’s drumming at the end is very intense, and absolutely amazing.

The next track I want to mention is “Haunts Of The Underworld.” This is an instrumental track that bridges the previous song, “Awake Until Dawn” with the next song, “Endless Wall.” The first half of the song is mellow sounding but not slow. It has a steady flow, and guitars provide some nice melodies. About half way through, the song changes gears and the track starts sounding more heavy metal. Mordaza’s drumming starts becoming faster and more energetic until it sounds almost chaotic, in a good way. There are some excellent guitar solos spaced throughout also.

Obsidian Kingdom is a great experimental group, and they have put together a great piece of art with this concept album. Mantiis is a great album, especially when listened to in one sitting. The different musical influences the band has used to create an album with an emotional ride, is something that you don’t see any more. This isn’t an album for everyone; it doesn’t have the sing-along pop radio choruses, but if you’re looking for a new experimental sound, Mantiis is the album for you.

Key Tracks: Last Of The Light, Haunts Of The Underworld, Through The Glass