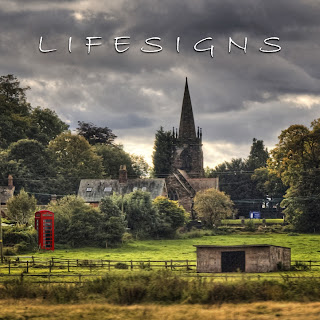 London, UK – Esoteric Recordings are pleased to announce the latest release on new front-line label, Esoteric Antenna, dedicated to new releases by both new acts and established artists. Lifesign's eponymous release has the hallmarks of being one of the finest progressive rock albums of 2013! Making the album even more impressive is the guest appearances from such respected figures in progressive music as Steve Hackett, Thijs Van Leer (focus), Jakko Jakszyk (King Crimson), and Robin Boult (John Young Band).

Lifesigns features John Young (keyboards, lead vocals), Nick Beggs (bassist, Chapman Stick player, backing vocals) and Frosty Beedle (drums). The material reflects the excellence of the musicians who perform on the album. John Young is a classically trained composer, keyboardist and vocalist, who has worked with the likes of Asia, the Strawbs, Greenslade, Fish, Uli Jon Roth and his own John Young Band. He also tours with Bonnie Tyler. Bassist/Stick player Nick Beggs was the founding member of 80s group Kajagoogoo and has worked with artists like Alphaville, Belinda Carlise, John Paul Jones, Gary Newman, Steve Hackett, Steve Howe, Tina Turner and many others. He is currently on tour with Steven Wilson. Drummer Frosty Beedle has worked with the likes of the Cutting Crew, Sarah Brightman, Russell Watson and Zucchero.

Here's what the press have been raving about Lifesign's debut album:

“'Lifesigns' is a tremendous listening experience... It's extremely well written, the playing is superbly engaging, tones are tweaked to perfection, and the vocals are just amazing!” - Tony Conley, Rock Guitar Daily

“This is a stunning example of when Prog gets it right!” - Music-News.com

“These fine musicians have created quite their own 'voice', a fresh new leaf on the solid old progtree and what a leaf!!” - Prog Planet

“There have been precious few modern British bands making albums on the same level as the classic symphonic bands, you know, the ones who invented progressive rock. Which makes Lifesigns a nearly a national treasure. You'll hear similarities to Peter Gabriel, YES, Genesis, National Health, Happy The Man, Bruford, and a couple others we're overlooking, but it doesn't sound retro or derivative. We don't often write 'must have' but there, we've done it!" - Kenesis