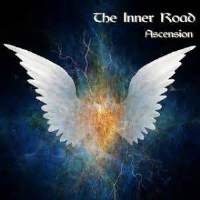 Ascension is an excellent album full of great instrumental progressive rock. Steve Gresswell has created an album full of emotions and Jay Parmar helps brings those emotions to life with his guitar skills.
“Two Worlds Two Tomorrows” is an excellent rock song. Parmar does a wonderful job on guitar. He also provides some incredible solos throughout this song. He really shows his skills on this track. At over eight minutes long, this is the second longest song on Ascensions; the longest is the epic “Flight Through Eternity” at over ten minutes.

The darker sounding “A Fleeting Dream” contains a great riff throughout the song. Once again Parmar provides some incredible guitar solos. The drumming on this song is also worthy of mention. There is a keyboard solo towards the end that would make any guitar fan want to take the keyboard.

“The Awakening” begins with an instrument that sounds like aborigine instrument, and continues through the song to provide the beat. Like the rest of the songs on the album, Parmar provides some excellent guitar playing as well as a few exceptional solos.

The Inner Road is an excellent band, and Steve Gresswell has done a great job a creating a marvelous progressive rock album, and Jay Parmar gives the album a unique sound with his amazing guitar skills. Ascension is a wonderful album, and any progressive rock fan will want to check it out.

Sell your beats online at ReverbNation.com