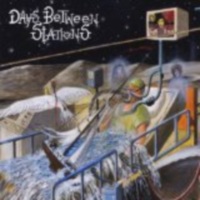 In Extremis is the second album to be released by the band Days Between Stations, following the 2007 release of the debut album, titled Days Between Stations. The band nucleus comprises only two permanent members and they are Sepand Samzadeh (guitar) and Oscar Fuentes (keyboards). The name of the band apparently came from a 1985 novel which one of the two was reading at the time. Both members describe the music produced by the band in different ways, Sepand describes the music as art rock, while Oscar goes for post rock. I have subsequently seen references to the music as prog rock, psych rock and even, space rock. All this time, I thought I was the only one who struggled with the modern sub-genres of progressive music.

There are guest musicians aplenty on In Extremis and include, Billy Sherwood (guitar), Tony Levin (bass and chapman stick), Rick Wakeman (keyboards), the late Pete Banks (guitars) and Colin Moulding (bass), which means there is a wealth of talent on show throughout this album.

In Extremis is an 8 track album clocking in around the 69 minute mark, with track 6, “Waltz In E Minor,” the shortest at only 2:06 minutes and the final track, also the title track, “In Extremis” stretching to an epic 21:37 minutes, and it is a real “tour de force” to end the album.

This is an album that, for the first time, contains vocals, as the earlier Days Between Stations (2007) release was purely instrumental. Although Sepand and Oscar wrote all the music, Billy Sherwood was involved with the lyrics and both Sepand and Oscar acknowledged that he added another dimension to their ideas.

On an initial listen to In Extremis, I found myself slightly confused by the unexpected content range as the music stretches across progressive themes, into ambient sound and even full orchestra territory, and it has taken several plays to “get into” the music.

Highlights for this reviewer after many listens to the music would have to be the quirky track 5, “The Man Who Died Two Times,” the penultimate “Eggshell Man” and that “tour de force” that completes the album, the title track, “In Extremis.”

“The Man Who Died Two Times” (4:11) is a very catchy track, due to its quirkiness, which makes it particularly memorable. Colin Moulding, former XTC member, delivers the perfect vocal on a track which conjures up comparisons with Genesis and the Moody Blues as a short punchy prog pop track. Three giants of the prog world, who have all at one point been members of Yes, come together on the penultimate track of the album, “Eggshell Man” (11:58). Pete Banks, Billy Sherwood and Rick “The Caped Crusader” Wakeman are all featured on this track. There are tempo changes, rich harmonies and superb instrumental passages from all concerned producing a stunning prog rock classic. A slow gentle introductory passage has an amazing flute (possibly a mellotron?) as the phased harmonies carry the track along to the 3:30 minute point when there is a shift in tempo and a terrific piano led passage with excellent drumming. Around the 5 minute mark, there is a very unusual sound in a prog track, that of a lute, apparently a Persian lute called a Tar. The tempo shifts this way and that before the 9 minute mark sees the entrance of an amazing moog solo from Wakeman which drives the track onwards until the return of the phased vocals from the start, together with the flute and a subtle change in tempo which takes the track out.

The final track, “In Extremis” (21:37) is a real epic piece of progressive rock which moves through six distinct phases incorporating orchestral themes and choral style vocals, to create a constantly building wall of sound over which both Pete (Banks) and Sepand (Samzadeh) add guitar flourishes over the pulsating sound until around 8:30 minutes or so when the sound drops away and there is another of those piano/acoustic passages and a very plaintive vocal delivery. At 11:15 minutes there is a flourishing passage of synthesizer which builds up in intensity and around 13 minutes there is the briefest hint of a church style organ before the guitars set about a stunning passage, always underpinned with a synthesizer melody. Another change of tempo brings back the crystal clear vocals with a simple piano motif over drums and bass. At around 18 minutes there is the appearance of another instrument not normally associated with prog circles, a muted trumpet, as the track starts to build towards its finale, with the orchestral sounds and choral vocals adding to the effect.

In Extremis, the album, is a concept album of some description with the theme being the progression through birth, life and death, suitably encompassed in that 21:37 minute title track album finale. Throughout the album there are hints and nods in various prog directions and it is possible to detect Genesis, Yes, Floyd and vocals similar to Jon Anderson and Peter Gabriel, but it is a feather in its cap that the album is not a rehash of those influences, but a stand-alone excellent progressive album. While not quite getting a “One To Buy” special sticker it is definitely an album worth a listen or two which will see it take its place on many a CD shelf.

Learn how to place music on itunes at ReverbNation.com
By Keith "MuzikMan" Hannaleck at June 19, 2013