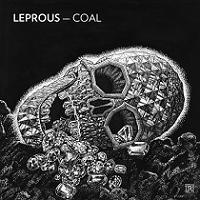 It is always a brilliant experience when discovering a band that makes phenomenal music. The music is from their latest album Coal and the band is Leprous. These Norwegians rockers are from the town of Notodden and have been together since 2001. After a few line-up changes, the band currently consists of Einar Solberg (vocals, synth), Tor Oddmund Suhrke (guitar, vocals), Øystein Landsverk (guitar, vocals), Rein Blomquist (bass), and Tobias Ørnes Andersen (drums). Coal is their fifth release and it has them at the top of their game, producing world class music.

According to lead singer Solberg, “Coal is a more melancholic and darker album than the more playful Bilateral. By darker I don’t mean more aggressive, but more severe. There is still a big range in the dynamics, but no jumping between different moods within a song." And then some. Coal is not your typical album. They are a young, but this could be a defining work because it is nothing short of a masterpiece.

Within the first minute of the album, I could tell that Coal is something out of the ordinary, even for the progressive metal genre. “Foe” leaves an impression as the powerful and clean vocals soar over the music for an awe inspiring effect. Its quiet ending only enhances the effect of the blistering beginning. It is a wild ride from beginning to end that is packed with powerful emotion and ecstatic energy. “Chronic” showcases the darker side of the band’s music, featuring heavier music and some growling vocals to add a menacing touch. The dark ride continues with “Coal.” It has a familiar metal vibe to it until about the halfway point. Then the anger behind the vocals gives it an aggressive tone before reverting back to the beautiful clean vocals that have shined so far on the album.

Thick on the atmosphere, “The Cloak” is a work of haunting beauty. The vocals are astounding as usual, and the drums kick in at just the right point. All the elements come together at just the right moments to produce a wonderful effect. Not quite like any other song on the album, “The Valley” has a melodious chorus that is a gift to the ears, which is enhanced by the anticipation created by the long instrumental section. Showing a softer side to their sound are “Salt” and “Echo, ” which make for a nice contrast to the uncompromising closer. “Contaminate Me” comes hard from the get-go and is a return to the hard sound of the earlier songs. It is a dirty, crushing song that ends the album white hot.

Coal is what happens on an album when everything is done right. It is the type of album that does not just require repeat listens, but demands them. When it comes to top bands in the progressive genre, Leprous is a name that should be coming out of everyone’s mouth. It should be a criminal offense not to know about this band.