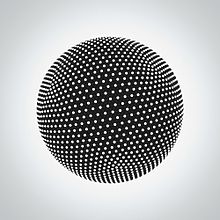 TesseracT is a progressive metal band from Britain. The band started in 2003 with founding member Alec Kahney using the band as a creative outlet. By 2006, the line-up consisted of Alec Kahney (guitar), Jay Postones (drums), James Monteith (guitar), Amos Williams (bass), and Julien Perier (vocals). TesseracT had trouble finding the right vocalist with three more, Abisola Obasanya, Daniel Tompkins, and Elliot Coleman, filling in after Perier between 2006 and 2012. On September 7, 2012 the band revealed they had found a new vocalist, Ashe O’Hare. The band has released two EPs, Concealing Fate and Perspective, and an album, One, on the Century Media record label. Now they are releasing their second studio album, Altered State.
With TesseracT’s latest release, the band has divided the album into four movements, “Of Matter,” “Of Mind,” “Of Reality” and “Of Energy.” Saxophonist, Chris Barretto, contributes on two songs, “Of Reality – Calabi-Yau” and “Of Energy – Embers.” The album brings more of the TesseracT sound while evolving with different sounds at the same time.
“Of Mind – Nocturne” is a hard and heavy rock song with great melodic vocals. The guitars certainly give this song a heavy metal sound while Ashe O’Hare’s vocals provide powerful emotions. Amos Williams adds to the heavy metal feeling with some incredible bass playing, and Jay Postones’ energetic drumming keeps the song moving forward.
Driven by Williams’ bass, “Of Reality – Palingenesis,” is one of the heaviest sounding songs on the album. The deep sounding bass really makes this track sound like an awesome heavy metal song. The guitars and drum go well with the bass to make a classic progressive metal song. O’Hare’s emotional vocals fit well in this song, and help provide feeling to this metal song.
At two minutes, “Of Reality – Calabi-Yau,” is the shortest song on Altered State, but possibly the best also. The song stands out more than the other songs on the album with its well-placed saxophone throughout the track. There are no vocals on the track as the saxophone takes the lead. With Postones’ dynamic drumming, Alec Kahney and James Monteith’s guitars, and Chris Barretto’s saxophone playing, the song has a combination of influences from progressive, jazz, and metal.
Altered State is a great rock album of progressive metal sounds with a little touch of jazz. TesseracT is an incredible band that is making great music, and their latest release shows that first hand. Any metal fans will want to check out this release as well as progressive rock fans. TesseracT has made a very good album with their new vocalist, and hopefully they will continue to do so for years to come.