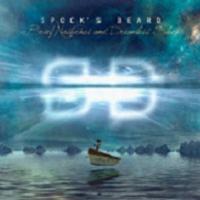 Over twenty years and almost a dozen albums later, the progressive rockers of Spock’s Beard are still going strong. Their most recent album, Brief Nocturnes and Dreamless Sleep, is full of cosmic surprises. Spock’s Beard has gone through a few changes in the past years with the new line-up consisting of Alan Morse (guitar, vocals), Dave Meros (bass, vocals), Ryo Okumoto (keyboards), Ted Leonard (lead vocals, guitar), and Jimmy Keegan (drums, vocals) with founding member Neal Morse returning to co-write two songs. Spock’s Beard’s eleventh album is the first to feature Ted Leonard on lead vocals and Jimmy Keegan on drums. Brief Nocturnes and Dreamless Sleep is a sublime ride that will take you to the inner reaches of outer space.

In true progressive rock form, there is only one song under five minutes long with the longest timing in at just over twelve and a half minutes. Spock’s Beard keeps things fresh, as every song offers something new, never feeling as if they are overstaying their welcome. There is a special edition bonus disc that comes with three new songs and a remixed version of “Something Very Strange.” “The Man You’re Afraid You Are” has a healthy balance of vocal harmony and musical aggression to get its timely message across. Then there is the mild, haunting “Down a Burning Road” and the smooth, rocking “Wish I Were Here.”

The serene opening of “Hiding Out” is deceptive as the ups and downs of this song are like the rising and falling of ocean waves and the instrumental part near the end is like being pulled into a maelstrom. This raw, powerful energy is carried over into “I Know Your Secret.” This accusatory song about a relationship gone sour comes with flawless tempo changes and slamming guitar action.   “A Treasure Abandoned” calm beginnings call to mind images of a new day after a tremendous storm. It is a catchy, harmonious song with a sense of melancholy hovering over it until the brilliant conclusion.

Marking the middle of the album is the heartfelt “Submerged.” “Afterthoughts” is the song that brings Brief Nocturnes and Dreamless Sleep to the level of being a classic album. The overlapping vocals are amazing and always grab me when I listen to this song. I anticipate each part because they are so good. “Something Very Strange” is a spacey song that is filled with a strong sense of wonder, awe, and yearning for exploration. “Waiting for Me” is the explosively fantastic coda to an amazing album. I feel like I am soaring through time and space while listening to it. If there is a song that fits the description of “epic,” then this is it.

Spock’s Beard has progressive rock looking mighty fine. This is the type of album that requires repeat listens and has “classic” written all over it. It would not surprise me if Brief Nocturnes and Dreamless Sleep is now a part of a soundtrack to the Elysian Fields. As long as bands such as Spock’s Beard are active, there is no need to worry much about the state of music today.