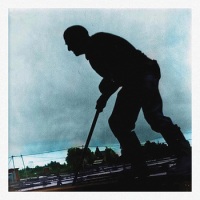 The Ancient One was very excited when an advance copy of the new album, Himlabacken Vol. 1, by the Swedish band, Moon Safari, appeared on my laptop, as I am enthralled by the sound that this band produces. I first came across Moon Safari about 3 years ago, by accident, but what a lucky accident it turned out to be, and I was soon the proud owner of A Doorway to Summer (2005) and Blomljud (2008), the first two albums by the band. Further releases have been added when they became available, Lovers End (2010) and Lovers End Pt 3 (sub-titled Skelleftea Serenade, 2012), which is a long single track e.p. and was awarded the Classic Rock Society’s Best Track of 2012. There was also a live album released in 2012, The Gettysburg Address, but regular readers of my reviews will know that I don’t particularly favor live albums, and have to admit not possessing that Moon Safari release.


Moon Safari is a 6 piece band comprising Tobias Lundgren (drums and vocals), Peter Sandstrom (lead vocals and electric guitar), Pontus Akesson (electric/acoustic guitars and vocals), Sebastian Akesson (organ, percussion and vocals), Johan Westerlund (bass and vocals) and Simon Akesson (lead vocals, grand piano, organ, moog, choral and orchestral arrangements). Skimming through the names of the band and what their roles are, you will notice the preponderance of vocalists, and this results in their characteristic, superbly intricate vocal harmonies.

The big question for this reviewer, and the many followers of Moon Safari, is to find out if Himlabacken Vol. 1 lives up to, or perhaps exceeds, the material to be found on previous releases. The Ancient One will reveal all as he works his way through the review of this album, probably one of the most eagerly awaited releases of 2013.

Himlabacken Vol 1 is an 8 track album which has a total playing time of around 46 minutes, with the opening track, “Kids,” the shortest at only 2:07 minutes and the final track, “Sugar Band” is the longest at 9:34 minutes. An early observation of the track times suggests that the epic length tracks found on previous releases are missing (some tracks would exceed 20 minutes). The rumor is that we might be surprised when Himlabacken Vol. 2 is unleashed.

There are 8 stunning tracks on Himlabacken Vol. 1, and highlights from the album are again difficult to separate out, with favorites changing with almost every play, but I have settled on “Too Young To Say Goodbye,” “Mega Moon” and “Diamonds.”

“Too Young To Say Goodbye” (6:29) bursts into life with a wall of sound together with several different motifs floating about, then at the 30 second point, the electric guitar and the piano produce a sublime passage which is then repeated to introduce another stunning electric guitar passage, backed by that powerful rhythm engine burbling away underneath. A change of style just before the 2 minute point heralds the entry of the vocals. Superb lead vocals and magnificent harmonies carry the lyric along in the true Moon Safari style and I could feel myself sink deeper into the comfy prog sofa and just marvel at the sound. At 4:30 minutes, there is a little more electric guitar, but the vocals continue to motor and drive the song along. The trademark sudden shift in rhythm and vocal style are present in all their glory and another flurry from the electric guitar leads into a majestic piano which gently sees the track out.

The third track, “Mega Moon” (8:22) has a very simple piano and moog (?) start which leads into an almost staccato like vocal to fit the rhythm and there is a brief building up of the sound before it settles back into those superb harmonies, which switch almost into operetta style vocals before there is a return to the earlier passage. Just prior to 3 minutes, there is another change with the guitar and organ getting the chance to shine amid some really deft drum and bass playing. A terrific piano passage puts in a solitary appearance leading back into the harmonized vocals. At around 4:45 minutes, the track switches up a gear with superb drumming and stunning organ work ushering in a harsher style of vocals, ultimately returning to the harmonized vocals again, but with an organ riding shotgun over the top at times. A return to the original opening passage around 7:30 minutes takes this mini-epic out with those superb harmonies.

The penultimate track, “Diamonds” (6:42) has that amazing piano starting the track, joined by drums, bass and stunning organ, before the electric guitar joins the melody and then the guitar and organ duet in an amazing passage. The whole sound at this point, simply shouts “Moon Safari” and then the sound drops to allow the emotive lead vocal space to shine. Beautiful soft, smooth melodies, synths that float gracefully and those effortless stunning harmonies sum this track up. Of the three tracks I have used as highlights, this one seems to squeeze in everything Moon Safari is known for. This is 6:42 minutes of aural heaven and demands that the “play again” button be hit.

Himlabacken Vol. 1 is a superb album from a band that continues to push their musical boundaries while maintaining a very distinctive sound that is unmistakable when heard. Moon Safari can soar with majestic harmonies and then suddenly change direction without the listener being able to “see the join” as the music seemingly flows effortlessly, but this is an art that these 6 musicians have successfully mastered.

Without doubt, Himlabacken Vol. 1, has both The Ancient One stickers on the cover of the album, the “One to Buy” across the top and “The Experience will last forever” down in the corner. Buy this album, settle into a comfy chair and give your ears an aural treat from stately musicianship, on through splendid vocals, and onto stunning arrangements all underlying superb songwriting skills.