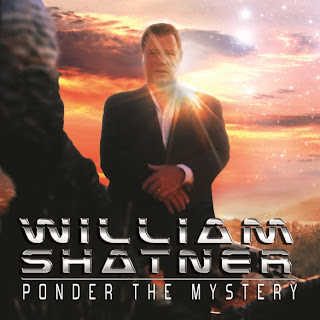 Los Angeles, CA – William Shatner will be performing his new record Ponder the Mystery in its entirety along with the progressive rock heroes Circa: featuring Billy Sherwood, who produced and co-wrote Ponder the Mystery with Shatner, and Tony Kaye both former members of the legendary prog rock band YES.

William Shatner is a film and TV icon with an intense passion for music which has yielded several solo records including the critically acclaimed Seeking Major Tom. This most recent solo record, Ponder the Mystery, which includes guest artists from the prog and fusion genres such as Rick Wakeman, Al DiMeola, Steve Vai, Robbie Krieger, Vince Gill, Edgar Winter, George Duke, Zoot Horn Rollo and Dave Koz to name a few), expands Shatner’s musical horizons due to the fact that all of the songs are original, written by Shatner and his musical partner in the project Billy Sherwood. The album will be released on both CD and vinyl on October 8, 2013.

This partnership of Shatner and Sherwood has created a vast and expansive artistic landscape for Shatner’s amazing gift of poetry while Sherwood composed the musical backdrop. The record is conceptual in nature: following a man in despair through the setting sun, twilight and finally darkness, and in the process, regains his joy of life.

Both Bills had a vision of taking the record to the stage and performing it live. When it came time to form the band for this event, Circa: was the obvious choice, Sherwood and Kaye have had a long running musical relationship playing on stage together with YES and forming Circa: in 2006. Circa: recently released a new album Live From Here There and Everywhere.

To pre-order Ponder the Mystery: http://amazon.com/Ponder-The-Mystery-William-Shatner/dp/B00ECV85K0