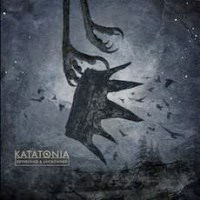 This was an interesting album to arrive for review as I was only just aware of Katatonia from a review of Wisdom of Crowds by Bruce Soord and Jonas Renkse. The Swedish band, Katatonia, have a raft of albums behind them, starting in 1993, and are masters of sound that seems to fall into the depressive metal/doom metal genre. The last release prior to the newly issued Dethroned and Uncrowned, was last year with the album Dead End Kings, which took Katatonia in a slightly different direction with more synths, strings and a hint of delving into the experimental genre. Now, a year down the line, Dethroned and Uncrowned appears which has taken Dead End Kings and pared back the sound and emphasized the more overtly progressive aspects.


Katatonia is a five piece band comprising Jonas Renkse (vocals), Anders Nystrom (guitar and keyboards), Daniel Liljekvist (drums and percussion), Per Eriksson (lead and rhythm guitars) and Niklas Sandlin (bass). Wisdom of Crowds was my first introduction to Katatonia via the voice of Jonas Renkse and having found this album a little gem, I was looking forward to this remixed album, Dethroned and Uncrowned. The stripped back sound, and that wonderful emotive, powerful voice certainly seemed like the blueprint for something very different.

Dethroned and Uncrowned is an 11 track album with a running time of around 46 minutes. Track 5, “Buildings,” is the shortest track on show, clocking in at 3:23 minutes and the album opening track, “The Parting” is the longest, but still under 5:00 minutes, (4:51).

The opening track, “The Parting” (4:51), is simply superb and merges so well with the sound of the Wisdom of Crowds album, with strings, acoustic guitars, almost unheard synths, gentle piano and that voice, carrying the track along. This track has already featured on the radio show and is an excellent opener to a fascinating album. Gentle piano, synths, superb vocals and acoustic guitars, unobtrusive in the background, all dovetail together on track 4, “The Racing Heart” (3:25), to continue the direction highlighted in the first track. The final track, “Dead Letters” (4:15) is another little gem with soft synths, strings, acoustic guitars and that emotive voice of Jonas Renkse.

Having not heard Dead End Kings, of for that matter, any Katatonia album, I cannot compare Dethroned and Uncrowned  to last years’ Dead End Kings album, or their sound in general, but I certainly like what I hear. The sound is somber, atmospheric, chilling at times and always interesting, drawing the listener into the soundscapes of each of the individual tracks in turn.

How fans of Katatonia will view the album may be different from my view. Deconstructing, stripping down, re-interpreting, call it what you will, I appreciate the album Dethroned and Uncrowned without preconceptions, and I will happily put a “One To Buy” sticker on the front of this album and encourage people to make a little space on the shelf for their new purchase.