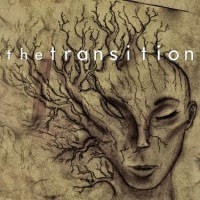 I have commented previously, that being a reviewer brings me into contact, from time to time, with bands and albums that have remained under my extensive aural radar. The latest album, or more properly mini album, to fall into this category is The Transition from Zasz. This band was formed back in 2007, and is a prog rock band based in Nashville, an area most people would associate with a very different genre of music. This is the 4th album release from the band, following on from, Wake Up. Feeling Something, Destiny Beside the Great Divide and The Nashville Sessions, and in the mix at the moment is a rock opera entitled The Interstellar Healer.

Zasz is made up of 5 musicians, Tim Zimmerman (vocals), Dan Shyles (keyboards), Amanda McCoy (bass, vocals), Sean Sunderland (drums, percussion, vocals) and Paul Ceccarelli (guitar), with Tim and Dan being the founding members of the band.

The Transition is a 5 track mini album with a total playing time of around 26 minutes. The final track, “Desert Star” is the longest track at 7:22 minutes, with the opening track of the album, “A Rather Rude Awakening,” the shortest on the album at 4:04 minutes.

The opening track, “A Rather Rude Awakening” (4:05) starts with gentle acoustic guitar, is joined by a superbly clear male voice (Tim), drums, bass and piano, before it changes up a gear. The track ebbs and flows between the gentle and the more raucous, and is over before you think 4 minutes have passed. Despite several times through this album however, I still don’t think that this track has the “grab” value required to have listeners desperate to hear more.

While “Heyhey” (4:09) was up tempo from the start, it didn’t possess a “hook” and again, almost seemed to finish without leaving any memorable chunks in my mind. Track 3, “The Transition” (5:34) was structured differently but didn’t fare any better than “Heyhey.”

The fourth track, “Upon the Treasured Fabled Skyway” (5:15) hit the nail perfectly on the head, with an instantly memorable verse with Tim over a simple background and a superbly beautiful piano theme. From there it returns to the vocals over that exquisitely simple background, and another harmonized vocal section with Tim and Dan as the track moves to a finish. This is a stunning track without any doubt and certainly shows what Zasz are capable of achieving.

The closing track, “Desert Star” (7:23) seems to fall between the two camps shown by the first 3 tracks and track 4, being much more interesting that the former group but not quite hitting the heights of the latter.

I found this release, The Transition, by Zasz a little difficult to really get into and although each track demonstrates excellent musical skills, the overall impression was not one of being “blown away.” The last 2 tracks I found to be very interesting and on that basis I will certainly be looking out for the next release by the band.

Jim “The Ancient One” Lawson-MuzikReviews.com