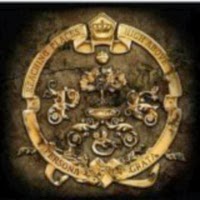 Normally, I comment on how being a reviewer brings me into contact with bands and artists that I might otherwise miss out on, but in this case I was ahead by a long way. The debut album by Persona Grata, Reaching Places High Above, has had tracks featured on the radio show prior to the album arriving for review, and so, I am a few steps ahead on this one, having heard the album many times. Persona Grata hail from Bratislava in Slovakia, and to my knowledge, are one of the few prog bands from that neck of the woods. The band state their influences as Yes, Queen, Dream Theater and Muse and although I have seen them described as prog metal, I think that they neatly straddle the prog metal/prog rock area with their complex rhythms and melody.
This album, Reaching Places High Above, has been in the pipeline for a while, up to two years, while the band have adapted arrangements, added layers and sounds, but it has finally reached production and release. At the point of the initial recording, the 5 members of the band were as follows, Adam Kuruk (keyboards), Martin Huba (guitar), Martin Stavrovsky (vocals, rhythm guitar), Jan Steno (drums) and Timo Streis (bass), but since that point, Adam Kuruk and Martin Huba have been replaced by Matej Miklos (keyboards) and Peter Luha (lead guitar).

Reaching Places High Above is a 6 track album with a total running time of around 47 minutes and the shortest track is track 5, “Venice” at 1:04 minutes and the final track, “I Am You,” the longest at 14:10 minutes. The range of musical styles across the album takes you through the aggressive, the intricate and the laid back.
The opening track, “Aces” (7:03) starts with some airline chatter interspersed with a radio station broadcast prior to “wailing” vocals, but this quickly becomes a “normal” voice which is very clear and powerful (Martin Stavrovsky). Although this track drives along, it does move close to out and out metal prog, but remains well under control at all times, and despite its 7+ minute length, it feels much shorter.

Following this track is “Edge of Insanity” (12:18) which heralds the re-appearance of an instrument, once a cornerstone in prog bands, but which seemed to simply get lost. That instrument is the flute and is majestic in the right hands, but there is no information to identify the mysterious flautist. This is a roller coaster styled track moving from the gentle side of prog rock effortlessly into the full blown aggressive playing prog, repeating these two styles before bowing out in the gentler vein.

Tracks 3-5, “Istanbul”, “Orient Express” and “Venice” take the listener on a journey, literally. The trilogy of tracks ooze atmosphere and serve as a superb vehicle for the musicianship of the band members.

The “tour de force” of the album is the closing track, “I Am You” (14:10). Starting in a very atmospheric manner with synths, it quickly changes into a sublime piano theme which then allows the other instruments to build up prior to the entry of the voice. There is a point where the track is little more than a melancholy synth which then builds to an anthem like point as the track is almost “shown the door,” in the nicest manner, by a stunning guitar in the background, but ultimately ends on that atmospheric synth starting theme.

As a debut album, Reaching Places High Above,  is a gem and shows that if a band is prepared to spend the time “fine tuning” their recorded material until it feels right, then that time will have been very well spent.  This is a shining beacon of an album that gets both a “One to Buy” sticker and also the “The Experience will last forever” strip on the cover as well. My advice is to buy this album and prepare to be picked up and immersed in the music, and at the completion of the album, smile as you realize that was a superb way to spend 47 minutes, before pressing the play button again.


Key Tracks: Aces: Edge Of Insanity: I am You