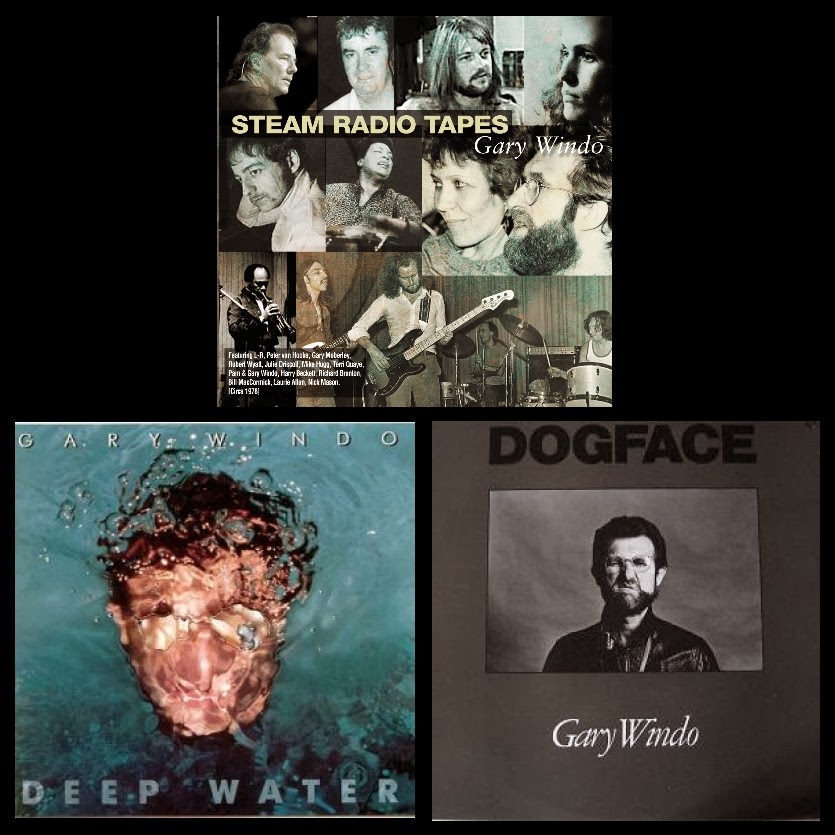 London, UK: To the great excitement of music fans worldwide, Gonzo Multimedia is releasing three rare albums by sax legend Gary Windo, one of which features Robert Wyatt and Pink Floyd’s Nick Mason. Windo was a highly original musician with an instantly recognizable style, and was involved in the Seventies with many icons of the British jazz and rock genres, including the Canterbury scene.

Windo was born in Brighton in 1941, into a musical family, and learned to play drums at 6, guitar at 12, and saxophone at 17. After sailing the world in the Merchant Navy, he settled in New York in 1962. A long period of apprenticeship, on and off-stage, followed during the Sixties, until he moved back to England in 1969.

By 1973, Windo was playing pub gigs with Ray Russell's heavy-rock trio The Running Man, and working with Robert Wyatt on the jazz quartet WMWM, with pianist Dave MacRae and bassist Ron Matthewson. He played on Hugh Hopper’s album 1984, and was about to join Wyatt on his new Matching Mole group when Wyatt had his accident. The Wyatt-Windo collaboration continued on Wyatt’s subsequent solo albums, Rock Bottom (1974) and Ruth Is Stranger than Richard (1975).

In November of 1975, Windo formed Gary Windo & Friends for a one-off gig at Maidstone College of Art, with his wife Pam Windo on piano, guitarist Richard Brunton, and the rhythm section of Bill MacCormick, Nick Mason, and Laurie Allan. This group was the precursor to Windo's Steam Radio Tapes project, recorded between 1976 and 1978 but, until now, never released. Among other participants on the album were Julie Tippetts, Robert Wyatt, Mike Hugg, and Hugh Hopper.

In 1976, Windo played on Hopper's Hoppertunity Box, and in 1977, joined The Carla Bley Band for the European Tour. In 1979, the Windo family immigrated to America, where Windo continued performing with Carla Bley. He also recorded the album Loaded Vinyl with Pam Windo, Steve Swallow, and D. Sharpe, which again remained unreleased. He also appeared on Daevid Allen's New York Gong album, About Time.

Steam Radio Tapes:
In 1976, Nick Mason offered Gary Windo time in Pink Floyd’s brand new Britannia Row studio, which would give Windo the opportunity to make an album, and Pink Floyd the chance to test the new systems. Nick Mason both produced and played drums, and with his typical sense of humour, Windo would call the album Steam Radio Tapes.

Dogface:
During his later years in America, from 1979 to his passing in 1992, Gary Windo was involved with a broad spectrum of musicians, touring as a guest with rock’n’roll-jazz group NRBQ, with Todd Rundgren, and The Psychedelic Furs. He also performed with punk-rock Pam Windo & the Shades, and with various combinations of this group recorded what would be his first solo album, Dogface, released on vinyl in 1982.

Deep Water:
Between 1984 and 1988, Gary Windo led his own rock quartet, the Gary Windo Band, with Knox Chandler on guitar, Jack Robinson on bass, and Steve Moses, or his step-son Jamie Russell, on drums. With these musicians, he went on to record Deep Water, which was released on Island records in 1987.