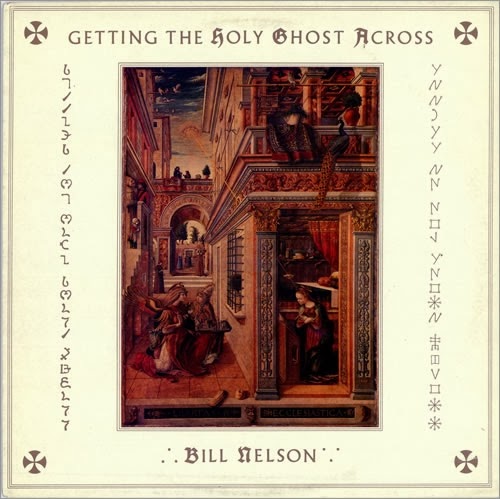 London, UK - ESOTERIC RECORDINGS imprint Cocteau Discs, the home of BILL NELSON’s catalogue between 1971 and 2001, continues their series of ongoing releases with the newly remastered and expanded release of his 1986 album “GETTING THE HOLY GHOST ACROSS”. Released in 1986, the record was Bill’s sole album for the Portrait label, and was a superbly realized work. Previously released on CD as strictly limited edition of 500 copies on Bill’s Sonolux label, the album is hugely sought after on CD by collectors.

This Cocteau Discs edition is expanded over two CDs to include all the material from the “LIVING FOR THE SPANGLED MOMENT” and the “WILDEST DREAMS” 12-INCH EPs, (featuring three tracks previously unreleased on CD). The reissue fully restores the original album artwork and features a new note by Bill Nelson.

2. Heart and Soul
3. Living for the Spangled Moment
4. Feast of Lanterns
5. Illusions of You
6. Word for Word
7. Finks and Stooges of the Spirit
8. Nightbirds

Taken from the “Living for the Spangled Moment” 12-inch EP