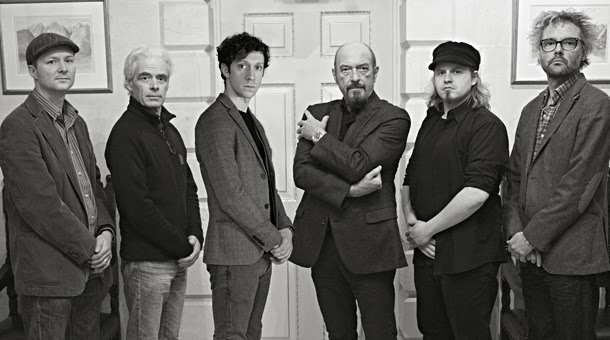 Jethro Tull mainman Ian Anderson has confirmed his solo studio album Homo Erraticus will be released on April 14 via Kscope – and it’s another “collaboration” with icon Gerald Bostock.

The Prog Award winner brought the 1972 character back to life in 2012 album Thick As A Brick 2. Now he’s taken the story further.

The label explains: “Following a 40-year political career, Bostock reunited with Anderson, taking the role of tour manager on a string of shows. Homo Erraticus marks his return to songwriting, and it’s based on an unpublished manuscript by amateur historian Ernest T Parritt (1965-1928).

“In Homo Erraticus Parrit examines key events in British history, with a string of prophecies stretching the current day and the future. Visions of past lives caused by the delirium of malaria generate the characters through whose eyes the stories are told, including a nomadic Neolithic settler, an Iron Age blacksmith, a Christian month, a turnpike innkeeper – and even Prince Albert.”

The release is backed with an extensive UK tour on which the album will be played in full alongside a set of Tull classics, “updated with video and theatrics.”

For more info from Ian, see our lead news in the next issue of Prog, out next Wednesday.