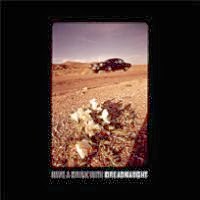 Dreadnaught might not be a familiar name to many, but it is never too late to get acquainted. Based out of Portsmouth, New Hampshire, Dreadnaught consists of Rick Habib (drums, vocals), Bob Lord (bass, vocals), and Justin Walton (6 string guitar, vocals).  This “totally and utterly deranged” trio has been making their special blend of music for some 17 years, and their new EP Have a Drink With Dreadnaught shows them at the top of their game. It is a masterful achievement and these 5 totally different and unique songs are unforgettable.

“Corrupticus 5” is a smooth, hopping country-inspired tune that is sure to have feet tapping and heads bobbing.  The carefree, open road nature of the song is enhanced by the pleasant vocal harmonies that make for the perfect sing-along jam.  And I cannot forget about the guitars, which never fail to impress and take the song to that extra level of musical magic.  “Surface Raid” gets the blood pumping with its manic energy.  It has an overall atmosphere of a trippy space adventure, like a dark dream that you never want to wake up from.

“The Bear” is a playful tune with a carnival-like atmosphere, featuring strong dual vocals.  “Jpf” is almost hard to describe with all that is going on in it. It has a bit of pop, rock, and progressive rock elements, all mixed into one to make for one sweet treat of a song.  Saving the best for last, “Trophy Bride” absolutely dazzles with its soaring guitars and delightful musical twists and turns.