Listen To Mythery – The Awakening of the Beast 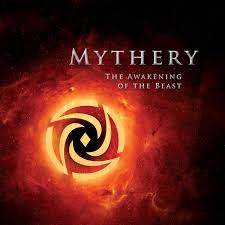 MYTHERY was founded in Copenhagen in 2010.


The vision was to create a distinctive, trademark sound that could be traced back to the roots of symphonic and melodic metal and, at the same time, push the boundaries of these genres. The addition of violinist Michala Høj in the fall of 2010 completed the line-up, and Nikolaj Holger spent the next two years perfecting the musical and lyrical expression of the band.

Together with producer Kristian Martinsen the band entered the studio to record their debut album in the summer of 2012. The nine track album consist of four single tracks and the 30-minute epic title track of the album ”The Awakening of the Beast, which is split up into five separate parts.

The Awakening of the Beast draws inspiration from the progressive and melodic elements of Dream Theater and the symphonic elements of Nightwish.

MYTHERY can hardly be labeled a ”typical metal band”, as the band members have very different musical backgrounds. Tobias Dall and Mikkel Rosenbeck are primarily jazz musicians, Michala Høj has a successful career as a classical musician behind her and vocalist Laurits Emanuel’s voice brings a touch of indie rock to the music. None the less, each member, and their individual musical abilities, contributes to the characteristic sound of MYTHERY.

In October 2013 keyboard player Mikkel Rosenbeck decided to leave to band to pursue other musical interests.

As a five-piece band MYTHERY has started working on new material, aiming to unite the forces of progressive and symphonic metal in a way never heard before.

The journey has only just begun.