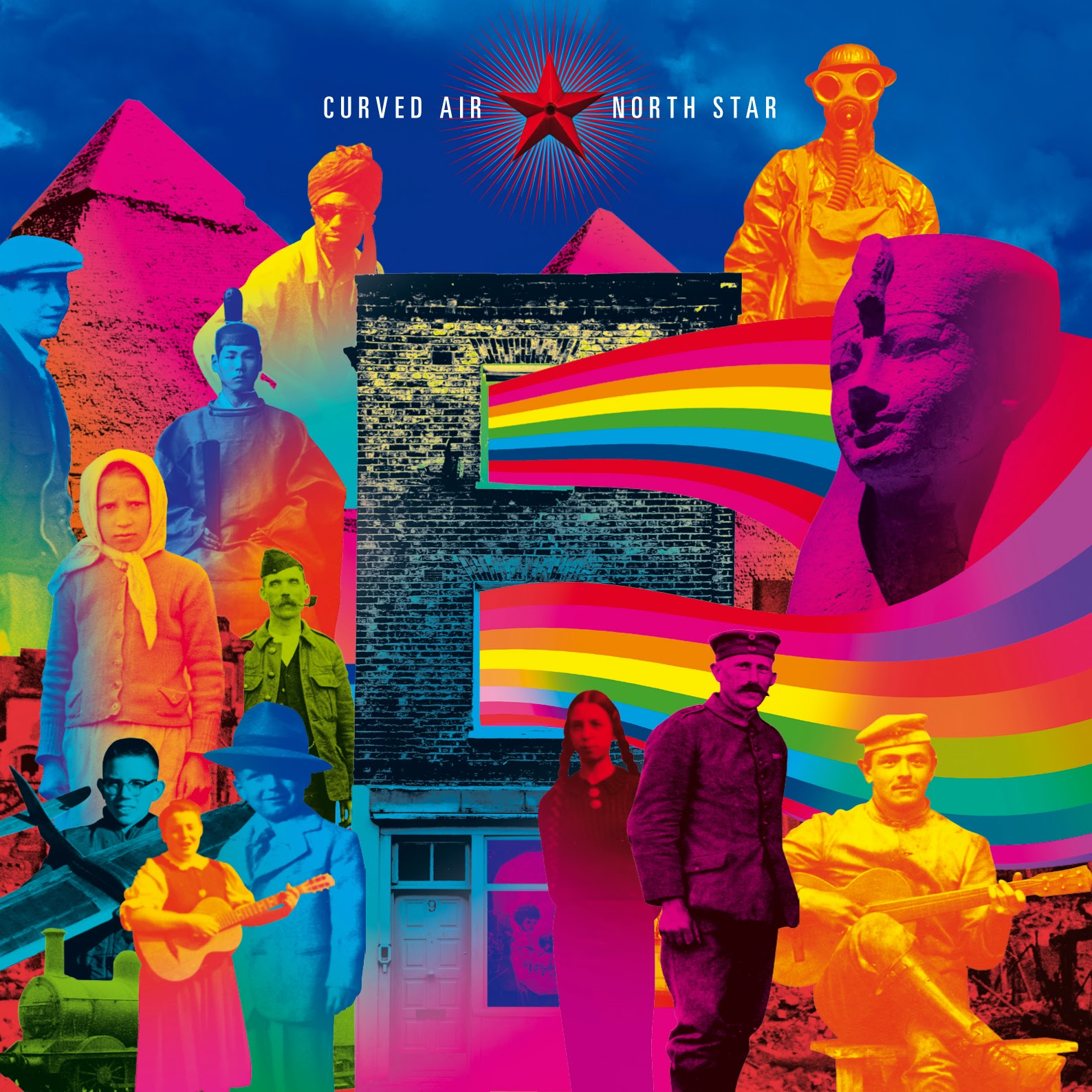 “CURVED AIR, with a real band attitude and a zest for life; this is a band you want to see live for the sheer artistry of how to deliver the musical goods.”- Lee Dorian, Classic Rock

Says Sonja, “I am proud to release into the world Curved Air's 'North Star'. The North Star is the fixed point in the sky about which all the stars seen from the Northern Hemisphere rotate. A star linked to the celestial magnetic energies of the North Pole. Following its light, the lost, the wanderer, the explorer and the warrior have been guided throughout time. The North Star helps us know where we are and where we are going. Curved Air's album 'North Star' is born of the musicianship and dedication of this brilliant incarnation of Curved Air - renowned for the audience's rapturous response to their concerts. The North Star album material reflects on humanity, love, solutions , perspectives and staying human through changing times and revolutions, virtual lives and delicate attractions - love and shamanic sub atomic worlds.”

Curved Air, originally formed in 1969, is a groundbreaking progressive art-rock band renowned for their showmanship. Each member pushed the boundaries of possibilities for rock music performance. Vocalist Sonja Kristina won the hearts of a generation of music lovers and was voted top British Female Vocalist of the 1970's whilst the three top twenty albums that this lineup released are regarded as classics.

Breaking through from the underground scene into top of the early '70s album charts, Curved Air's musicians hailed from mixed artistic backgrounds, including classic, folk and electronic sound. The resulting sound of the band is a mixture of progressive rock, folk rock and fusion with classical elements. Along with High Tide and East of Eden, Curved Air was one of the first rock bands after It's a Beautiful Day and The United States of America to feature a violin. Considered (according to AllMusic) “one of the most dramatically accomplished of all the bands lumped into Britain's late-'60s prog explosion, Curved Air released eight studio albums (the first three of which broke the UK Top 20) and had a hit single with 'Back Street Luv', which reached number 4 in the UK. Numerous band splits and reformations have occurred since then but the current line-up of Sonja Kristina, Florian Pilkington-Miksa, Chris Harris, Robert Norton and Paul Sax have been together since 2009”. With classic era guitarist Kirby Gregory rejoining the band in 2013.

Curved Air's music was also described as “'Art Rock', the quasi classical imprints of Terry Riley hooked onto beautiful and demonic violin combined with electronic adventurous synths and interwoven with brilliant guitar wizardry mesmerisingly embroidered by the subliminal and exotic presence of a unique girl lead singer Sonja Kristina”. Though progressive music pioneers they were hailed as Pop Stars when the sultry “Back Street Luv” was a Top 5 hit in 1971.

Sonja Kristina, who topped the British Music female vocalist polls throughout the '70s was the first UK female lead singer fronting a Rock band. She has been the constant flame leading Curved Air through the decades. Today, vibrant and edgy as ever, Sonja, the original prog diva gives a charismatic and highly visual performance. Looking like a glamorous gipsy queen with her flowing red hair and dressed in sparkly black, that signature voice is still as smoky and seductive as ever as she spins around the stage around the excellent musicians who are Curved Air. Phil Oakey recently recalled, “When I formed The Human League it was because I was such a huge Sonja Kristina fan and I still am.”

“Sonja Kristina prowls the front of the stage... expertly playing off the energy of all the performers with her.” - Alex Lynham, PROG magazine

All of the players impress. Although only drummer Florian Pilkington-Miksa is from the original line-up, Sonja has found some stunning new instrumentalists who immerse the audience in a set of swirling, whirling solos that emphasize moods and nuances and floating waves of sound that act as a counterpoint to Sonja's dramatic sense of theatricality. Much to the excitement of Curved Air fans, classic-era guitarist Kirby Gregory returns to the fold for 'North Star'!

Says Sonja, “The performances were created and produced collaboratively by Curved Air with the expressive and intricate touch of the original drummer Florian Pilkington-Miksa, and the mighty eloquence of Kirby Gregory (the composer of 'Purple Speed Queen' and 'UHF'), interwoven with the passionate melodic wizardry of violinist Paul Sax, and the atmospheric extemporization and groove of ambient sonic explorer Robert Norton on keyboards. Kirby returns to Curved Air after 35 years and has added his identity and creativity to the sound. His input and presence in the band feels so right to us all as we prepare to bring new Curved Air material to the world stage. Chris Harris on bass earths the music with drive and precision within the moods, motifs and fire of Curved Air - who are - as always - a dynamic creative collective of virtuoso performers.”