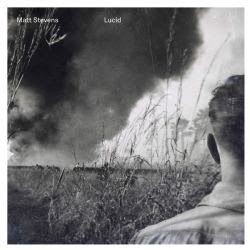 Speaking about his new album Matt states; “Lucid took three years as I really wanted to make this one a significant step up from the previous albums. It’s inspired by a bit of a dark time, but hopefully it’s an uplifting record. I’m so proud of the people who played on it, working with people like Pat Mastelotto on drums from King Crimson and Jem Godfrey from Frost* was amazing but all the players really were outstanding. Stuart Marshall (Fierce And The Dead) and Charlie Cawood (Knifeworld) were the rhythm section for a lot of the tracks. And it was great to have Chrissie back who played violin on the previous records. It’s a record that reflects my love of Jesu and Celtic Frost as much as the Mahavishnu Orchestra and King Crimson or even Peter Gabriel and I’m really proud of it. If you’re not going to take risks and try and do something interesting what’s the point?”

As befits this most unique musician, “Lucid” is a carefully crafted work, and one that is surely to be one of the Progressive Rock highlights of 2014.