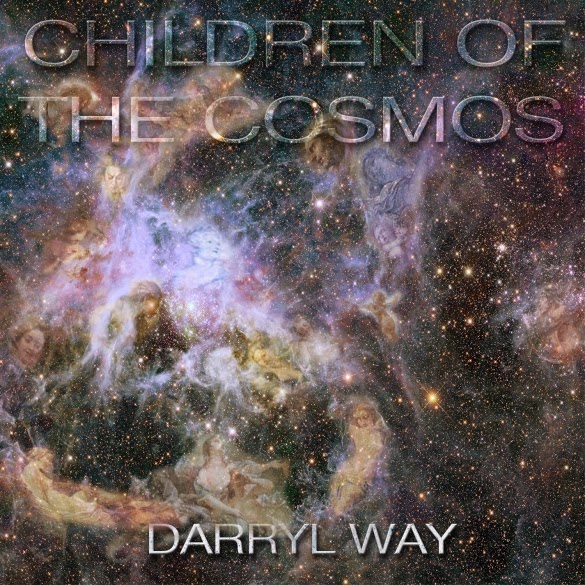 London, UK – Much to the excitement of prog fans worldwide, legedary Curved Air founding member and violinist, Darryl Way is releasing a new album on Right Honourable Records, via Cherry Red on May 19, 2014.

A promo video for the title track has been released on YouTube: http://youtu.be/LSoFBKfV-Vo

Says Darryl, “With ‘Children of the Cosmos’ I have tried to recreate the spirit of experimentation that led to the ‘Progressive Rock’ movement of the late 60s and early 70s. As I did in the early days of Curved Air, I have tried to integrate my classical background with rock music, to create soundscapes that are hopefully both exciting and innovative.”

Way continued, “The lyrics for the songs are my observations of our current environment and the world we live in, echoing some of the issues touched upon in the music of the late 60s. It has been a pleasure and a privilege to pass this way once more and I hope that rock fans will enjoy this album, as much as I did creating it.”

Originally formed in 1969, Curved Air was a groundbreaking progressive art-rock band renowned for their showmanship. Darryl Way was noted for his flamboyant virtuoso exploration of the electric violin. He wrote the music for the Top 10 hit (reached #4) “Back Street Luv” and was a major contributor to three Top 20 albums. With Curved Air he toured extensively, performing in practically every major city in both America and Europe.

After Curved Air Darryl went on to release several critically acclaimed solo albums in both 'rock' and 'classical' genres. Among these, was his 'Concerto For Electric Violin'...and now, he will be releasing his highly anticipated new CD 'Children of the Cosmos'!

ALSO AVAILABLE: DARRYL WAY – ULTRA VIOLINS
(ExM004) Darryl Way’s 2012 solo album features accessible classical music delivered in his own unique style. Along with his stunning adaptations of orchestral pieces such as “Scheherezade” and “Farandole”, is a new composition by Darryl titled “Tarrantelle”; a piece inspired by a performance by Maxim Vengerov, the Russian violinist. Also included on this album is Darryl's video for “Farondole”, is a re-recording of Curved Air's hit “Vivaldi”.