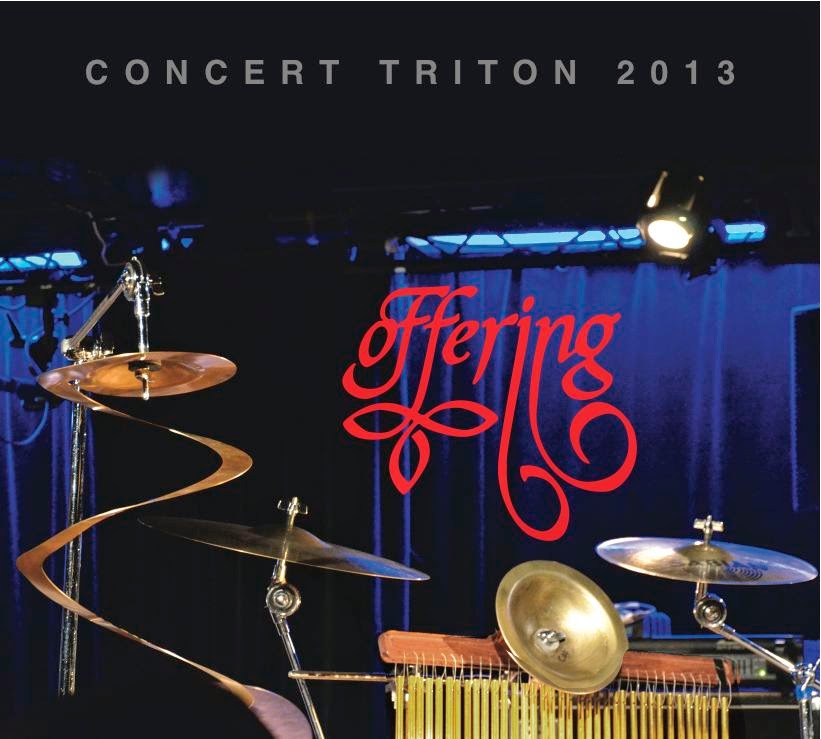 Paris, France - Much to the excitement of Christian Vander and Magma fans worldwide, Seventh Records is releasing Offering 'Concert Triton 2013' 2-CD/DVD! In 1983, motivated by the strong artistic impulse to return to his “Coltrane” roots, with a sound that's more flexible than MAGMA, Christian Vander created “Offering”; a new ensemble that focused on vocals, keyboards and percussion. More experimental, leaving a great part to improvisation, this group allowed musicians to explore new musical avenues.

Offering has remained out of the sight and hearing of the younger generations for the past 30 years. In order that they benefit, too, this wonderful “gift” that was “Offering”, Christian Vander and his musicians decided to celebrate this anniversary musically with candles glowing and a flame burning as bright as the first day. This initiative will delight all fans regardless of their ages...Galaxy Magma!